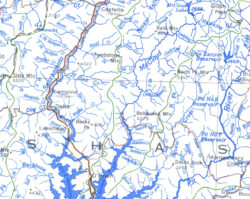 California water rights holders are required by state law to measure and report the water they divert from surface streams. For people who wish to take the water measurements themselves, the University of California Cooperative Extension is offering training to receive certification April 4 in Redding and Woodland.

At the workshop, participants will:

UC Cooperative Extension is offering a limited number of trainings in 2019. The next training will be held at Shasta College Farm and Yolo County Fairgrounds:

Background on the water diversion law

Detailed information on the regulatory requirements for measurement and reporting are available on the State Water Resources Control Board Reporting and Measurement Regulation webpage: https://www.waterboards.ca.gov/waterrights. For diversion or storage greater than or equal to 100-acre feet annually, the law requires approval of installation and certification of measurement methods by an engineer, contractor, or other approved professional.

To make it easier for farmers and ranchers to comply with the law, the California Cattlemen’s Association worked with Assemblyman Frank Bigelow on a bill that would allow people to get certified to take the measurements themselves. Assembly Bill 589 became law on Jan. 1, 2018.

Until Jan. 1, 2023, this bill allows anyone who diverts water and has completed an instructional course on measurement devices and methods administered by UC Cooperative Extension, including passage of a proficiency test, to be considered qualified to install and maintain devices or implement methods of measurement. The bill requires UC Cooperative Extension and the water board to jointly develop the curriculum for the course and the proficiency test.

First springtime walnut irrigation can be delayed, according to a UC Cooperative Extension team in Tehama County working on some fascinating research regarding irrigation practices. Allan Fulton is an Irrigation and Water Resource Advisor who covers Tehama, Colusa, Shasta and Glenn counties. “We actually just finished one of our irrigation experiment harvests this weekend. It was looking at early season water management decisions, basically deciding when to begin the irrigation season,” Fulton said.

Growers typically begin irrigating their walnuts sometime between late April and early May. In order to be as thorough as possible in their experiment, Fulton and his team have been pushing the limits beyond what most growers would ever consider. “We had some treatments that got no irrigation until almost the end of June,” Fulton explained.

Now in its third year, the research experiment is generating information that will provide a variety of benefits. “The whole motivation is to avoid possible injury to the trees from irrigating too much, too early, from lack of aeration and damage to the root system,” Fulton said. Delayed irrigation, while having no impact on yield or nut size, can also provide a bit of water savings. “We’re trying to look for the sweet spot,” with less intensive early season irrigation in favor of root health, tree health and disease prevention.

The research is being conducted in the northern Sacramento Valley primarily using the Chandler variety of walnut trees. Fulton has spent some time working in the San Joaquin Valley as well and understands different weather conditions can be a significant factor when applying their findings to other regions. “Our spring rainfall is quite a bit different than other walnut growing areas. Usually we’ve got an added source of water that sometimes you might not have in the southern San Joaquin Valley,” Fulton noted. From his experience, he suggested growers could usually wait until “the first week of May in most years, before really getting pressed for irrigation.”

The location of the research exposes groves to the opportunity to receive “more rain during the dormant season with a better chance at a deeper profile in moisture before you ever break dormancy,” Fulton said. More regional rainfall is possible in the spring as well, while the trees are growing.

The information gathered so far indicates growers should not jump the gun on springtime irrigation, particularly if there is still any kind of standing water issues. “The data is starting to suggest that you’ve got some room. You don’t have to irrigate at the first sign of heat; you can use a little bit of the stored moisture coming out of winter,” Fulton said. He also noted “It’s a lot more difficult to recover from a damaged tree with a sick roots system,” than it is to recover from a lack of early season irrigation. 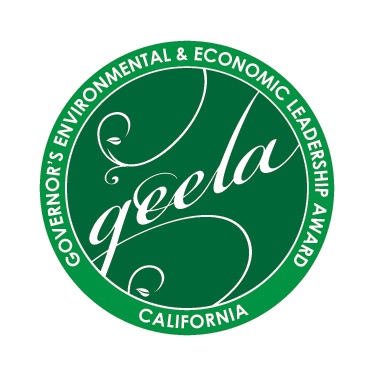 “This year’s GEELA recipients made extraordinary gains in sustainability, waste reduction and conservation,” said Secretary for Environmental Protection Matthew Rodriquez. “The winners also demonstrated their environmental achievements resulted in greater efficiency and economic benefits that spread beyond their organizations.”

Sacramento Water Forum (Sacramento County) for its unprecedented effort to manage water temperature in real-time to protect incubating .. As a result of the partnership with U.S. Bureau of Reclamation, 95 percent of the brood survived.

Solana Center for Environmental Innovation (San Diego County) for its “Organics Marketplace” waste diversion program that has kept more than 16,000 tons of organic waste out of regional landfills, resulting in $20 million a year in savings.

South San Francisco Scavenger Company and Blue Line Transfer, Inc. (San Mateo County) for the dry fermentation anaerobic digestion facility that is first in the nation to create a closed loop renewable fueling station from the processing of organics.

REV for peer-based community learning to help organizations adopt a mindset of sustainability and improve efficiency.

The finalists were chosen by a panel of judges that included the Governor’s Office and the secretaries of the California Environmental Protection Agency; the Natural Resources Agency; the Department of Food and Agriculture; the State Transportation Agency; the Business, Consumer Services and Housing Agency; the Labor and Workforce Development Agency; and the Health and Human Services Agency.

For more information on the GEELA program and this year’s award recipients, please visit www.calepa.ca.gov/Awards/GEELA/.

Wildfire recovery has become a disturbingly common part of managing California’s 33 million acres of forestland, while firefighting costs run far ahead of the ability to prevent fires. During a tour of areas damaged a year ago in the nearly 260,000-acre Rim Fire, experts outlined the cleanup work accomplished so far and the continuing recovery efforts on both private and public lands.

Registered professional forester Mike Albrecht told California members of the Society of American Foresters during last week’s tour that his crews immediately went to work helping clean and salvage what they could from the fire.

Forest roads remain unstable, they said, and drainage infrastructure has been destroyed or is too small to handle increased runoff, especially if there’s a heavy winter. Watersheds are vulnerable to erosion; the raw landscape is susceptible to infestation by invasive plants; wildlife habitat is in shreds.

Forest cleanup on the magnitude of the Rim Fire is slow, costly and dangerous, said Albrecht, who is president of Sierra Resource Management, which specializes in forest thinning.

He said his message is simple: “If we unite, we can do better by the forest.”

Nearly 60 percent of California’s forests are government-owned, with about 40 percent in private ownership.

“The difference between public and private wildfire recovery is very frustrating,” said Tuolumne County cattle rancher and county supervisor Sherri Brennan. “There are laws that tie the hands of government forest managers, compared to what can be done on private lands.”

From a county perspective, she said experts are saying that probably only about 25 percent of the burned timber in the Stanislaus National Forest will be salvaged because of regulatory constraints. It’s expected that litigation by environmental groups will further slow cleanup and restoration efforts, while driving up recovery costs.

“We’re sitting on 2.5 million tons of charred biomass,” Brennan said, referring to burned timber and brush. “Right now, I don’t know how the problem will be handled.”

For its part, the U.S. Forest Service said it has worked during the past year to put together an environmental impact statement that covers timber salvage efforts in the Rim Fire burn. Officials said they expect the final environmental document to be signed this week, so salvage work can begin this fall.

Meanwhile, U.S. Agriculture Secretary Tom Vilsack released a new report that shows the cost of fighting forest fires has rapidly increased during the last 20 years. Because of inadequate and uneven funding, agencies have been “borrowing” money from programs intended to better manage forest fuel loads.

Vilsack joined a rising chorus—including the California Farm Bureau Federation, the Nature Conservancy and the Western Governors Association—in calling on Congress to allow an existing disaster fund to help cover the costs of fighting catastrophic fires.

In addition to finding more rational ways to fund skyrocketing costs for fighting wildfires, forestry managers advocate changes in the way both public and private lands are being managed, using current research to adjust methods.

During the tour of the Rim Fire area, Dan Tomascheski, vice president of Sierra Pacific Industries—which lost about 16,000 acres of timber during the Rim Fire—said a number of new forest management practices, some relatively inexpensive, could help protect forestland in the future.

“There’s nothing more important than high-quality water for those who rely on Sierra watersheds,” he stressed. “But while there’s a lot of focus on water quality and reducing sediment, there hasn’t been much discussion of post-fire effects on water yield.”

Forest researchers report that long-dry creeks in the Rim Fire burn area are carrying water again, even in one of the most severe droughts in state history. Studies show shrubs and brush use three times as much water as an area reforested with trees.

In Shasta County, which has had a series of lightning-sparked wildfires during the past several weeks, rancher and county supervisor Pam Giacomini said a community forum on recovery made it clear that salvaging trees and getting them marketed has to be a top priority for cleanup.

“Experts say they (the burned trees) need to be marketed this year,” Giacomini said, so the land can be cleared in order to begin reforestation efforts.

“The state seed bank is getting pretty low and we need to get our order in this fall, so we have what we need to begin replanting in the spring,” she said.