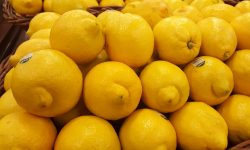 By Tim Hammerich, with the AgInformation Network

A recent study on the costs and returns of establishing and producing lemons in Ventura County was released by UC Cooperative Extension in Southern California and UC Agricultural Issues Center.

“We grow lemons along the coast because it doesn’t get hot, and we do a really good sour lemon. The trees flower year-round, and so there’s production year-round,” said Ben Faber, a Farm Advisor based in Ventura County.”

He says lemon prices had been stagnant for a long time but started to really rise in the past decade or two with the popularity of restaurant dining.

“And so the consumption just soared. Prices had been around five or six, eight dollars a box, and boy, they went up to $18 – $20 a box. So people saw a lot of money there.

“And so what do you do? You respond to it, and you plant. The market for strawberries had fallen, labor availability diminished. So along the coast here, a lot of people had said, ‘I don’t care. I’m going to risk it. I’m going to plant lemons’. And it doesn’t take a whole lot of labor to do, it takes less water. We’re stressed about water availability along the coast. And so, you know, the choice of lemons sounded really good until…boom…COVID.”

The pandemic has certainly taken its toll on lemon prices. Faber is hopeful they will recover but also concerned about the threat of citrus greening disease.

Lemons are Ready, but Markets are Not

By Tim Hammerich, with AgInfo.Net

Recent weeks have been tough for the restaurant and food service industries, and for the farmers that supply them. This could not come at a worse time for the California lemon industry, who harvests this time of year and relies on these markets.

Chris Sayer is a lemon producer in Ventura County. “It’s raining. Hopefully this delay of a week will allow them to start to clear the packing house out and then maybe we can get moving on selling some fruit. About half the lemons go to restaurants. And witch that shut down and this being the peak of lemon harvest season, basically all the storage is at capacity and they can’t pick more unless they sell or dump something to get things moving again.”

Without restaurant demand and very little processing or long term storage capability, packers and producers like Chris are left with very few options.

“Usually Ventura County gets picked over the course of about six or eight weeks. I mean, we’re already a little bit behind.,” said Sayer. “I would say that I’ve probably got two more weeks before we start losing fruit, either just from dropping or just sort of gets overripe. And of course, even once we get it harvested and into storage, you know, prices are awful at the moment.”

Sayer knows it won’t be a good year for lemons, but hopes that he can at least get something for harvesting a crop.

U.S. lemon and avocado business Limoneira Company (NASDAQ: LMNR) recorded a sharp year-on-year rise in lemon sales in the second quarter, and buoyant prices for the fruit have led to a substantially higher income guidance for 2014.

The company’s lemon sales increased 17% during the period to reach US $18.1 million, and costs were only slightly up by US $700,000 amid acquisitions of Associated Citrus Packers and Lemons 400.

With the much higher sales and only a marginal increase in costs, operating income surged by 35% to US $3.2 million. EBITDA was down 2.3%, but it is important to note the company gained US $3.1 million in the second quarter last year by selling stock in Calavo Growers (NASDAQ: CVGW).

“Based on lemon prices we are currently enjoying, our results for the first six months of fiscal 2014 and our positive outlook for the back half of the year, we are raising our previously issued guidance for the full year results of operations,” said chief executive officer Harold Edwards.

“Importantly, even with the well-publicized drought in California, we continue to believe that our extensive water rights, usage rights and pumping rights will provide us with adequate supplies of water as we begin our seasonally strongest quarter of the year.”

The company said that with higher lemon prices expected, it has pushed up its previous operating income guidance from US $7 million to a range of US $10.6-11.8 million.

Limoneira said this approximately represented a 100% increase over its 2013 operating income of US $5.4 million.

“The expected increase in operating income is primarily due to the additional lemon revenue generated by the acquisitions of Associated and Lemons 400 and increased lemon prices, partially offset by lower expected avocado revenue,” the company said.

“Fiscal year 2014 pre-tax earnings are anticipated to be $11.3 million to $12.4 million compared to previous guidance of approximately $8.1 million, which is similar to fiscal year 2013 pretax income.”

After hours trading was strong for the stock, with shares up 3.54% at the time of writing.