Agro Gold WS was found adulterated with glyphosate and diquat and CDFA has issued a stop order for use on organic farms in the state of California.

The California Department of Food and Agriculture (CDFA)  announced recently a Stop Use notice and statewide quarantine have been issued for the organic fertilizer product AGRO GOLD WS to all organic operations registered in California. CDFA lab analysis of the product detected the presence of Diquat and Glyphosate, which are substances prohibited by the U.S. Department of Agriculture (USDA) National Organic Program for use in organic production. Continued use of this product in organic production may jeopardize an operation’s organic status.

Pursuant to authority under the California Food and Agricultural Code (FAC), Division 17, Chapter 10, CDFA’s State Organic Program (SOP) in coordination with the Fertilizer Materials Inspection Program (FMIP) issued a Stop Use notice today for AGRO GOLD WS to all organic operations in California registered with the SOP. CDFA’s FMIP also announced today that all California operations registered as organic in possession of AGRO GOLD WS must hold the product and contact CDFA for quarantine instructions on how to handle it.

AGRO GOLD WS is manufactured by Agro Research International, LLC. It has been distributed in a co-packaged box that also contains the product WEED SLAYER. CDFA continues to provide follow up to this investigation and is working with state and federal agencies. CDFA received a complaint about the AGRO GOLD WS product and program staff collected product samples from various locations to conduct lab analysis in CDFA’s Center for Analytical Chemistry. FMIP is an industry-funded program that ensures consumers receive fertilizing materials that meet the quality and quantity guaranteed on the product label. Investigators located throughout the state conduct routine sampling and inspections, respond to consumer complaints, and enforce the laws and regulations that govern the manufacturing and distribution of fertilizing materials in California. CDFA’s State Organic Program protects the organic label through enforcement, education and outreach.

If you are in possession of AGRO GOLD WS and seek additional information, please contact the Fertilizing Materials Inspection Program at FMIP@cdfa.ca.gov. Any appeal of the determination that this product violates the Food and Agricultural Code must be filed with the Fertilizing Materials Inspection Program no later than 15 days from receipt of the Stop Use notice and statewide quarantine. See Food and Agricultural Code section 14659. 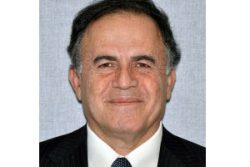 Kassim Al-Khatib, professor, UC Davis Department of Plant Sciences and UCANR Cooperative Extension specialist in weed science, discussed field bindweed, a problematic weed that has the ability to regrow even with chemical and mechanical control.

“This is weed has been around for a long time,” Al-Khatib said. “It adapted pretty well to hot, dry land areas because it has a long root with a lot of reserve in it. Whatever you try to do, the plant still has reserve in the root and can regrow again.”

The weed scientist explained that bindweed is so problematic, it has to be assessed and managed every season in a variety of ways in order to control it. “If you do a mechanical control, the plant can come back. If you do chemical control, the plant will come back. If you think that you can control it with one shot or in one season, you’re going to be disappointed. This is a serious weed problem that requires a program with multiple approaches over multiple years,” he said.

The weed is also difficult to eradicate, according to Al-Khatib, “because there’s a huge seed bank, plus these seeds have a hard coat, which means they can stay in the soil longer. If you try to germinate some of them this year, you’re going to have more seeds coming next year.”

Al-Khatib emphasized a multiple approach is still the best way to reach consistent, effective results. “The key point with field bindweed is to be consistent, have a program and envision what you can do over multiple years to get rid of it. Herbicide may suppress and weaken bindweed, but it is not going to control it or eradicate it. You need multiple approaches—chemical, mechanical, some biological.”

He offered that mites, if they can get established, have been found to feed on field bindweed, another example of using a multi-pronged eradication approach. Mildew can also weaken it. “The point I want to make,” Al-Khatib repeated, “is it takes a multiple approach, multiple tools, and multiple years before you get rid of it.”

Field Bindweed, How to Manage Pests: Pests in Gardens and Landscapes, UC IPM 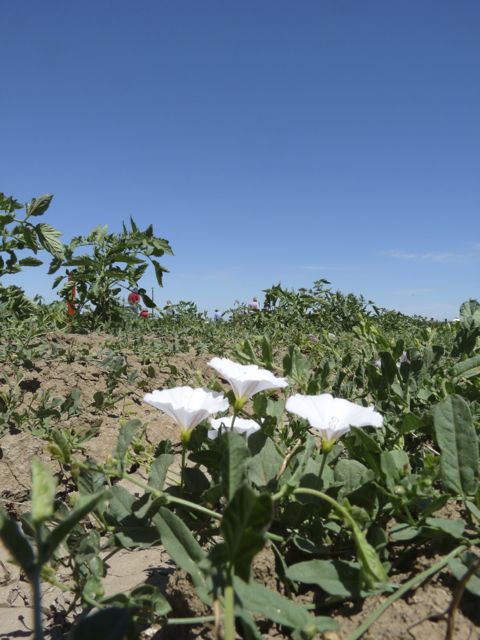 In California, glyphosate resistant weeds are found throughout the state, and growers are warned to minimize using the material back-to-back during weed control. More information can be found http://info.ucanr.org/weed_sept/.

“Weed control in major crops is almost entirely accomplished with herbicides today,” said Vilsack. “USDA, working in collaboration with the Environmental Protection Agency, must continue to identify ways to encourage producers to adopt diverse tactics for weed management in addition to herbicide control. The actions we are taking today are part of this effort.”

USDA works with the EPA

The issue of herbicide resistant weeds has become one of increasing importance for agriculture. When herbicides are repeatedly used to control weeds, the weeds that survive herbicide treatment can multiply and spread.

With EPA’s announcement TODAY on the registration of new uses for herbicide mixtures containing the herbicides 2,4-D and glyphosate (in the Enlist® formulation) in conjunction with new genetically-engineered crop varieties, farmers have more tools for improved management of emerging populations of herbicide-resistant weeds in corn and soybeans crops. In its decision for 2,4-D use on genetically modified corn and soybean, EPA has outlined new requirements for registrants as part of a product stewardship program.

The USDA Office of Pest Management Policy worked with EPA to address the issue of herbicide resistance through appropriate label language that will require registrants to develop a stewardship program for the herbicide, develop training and education on proper use of the product that includes diversifying weed management, investigate and report nonperformance, and develop and implement a remediation plan for suspected herbicide resistant weeds.

EPA intends to require the same stewardship plans for all new applications for product registration on genetically modified crops with the goal being to encourage effective resistance management while maintaining needed flexibility for growers.

USDA recognizes that the problem of herbicide resistant weed control will not be solved solely through the application of new herbicides. USDA has worked with the Weed Science Society of America for a number of years on identifying best management practices for farmers and on addressing impediments to adoption of those practices.

USDA will continue to work to ensure that growers have the diverse tools they need to address the management of herbicide resistant weeds. 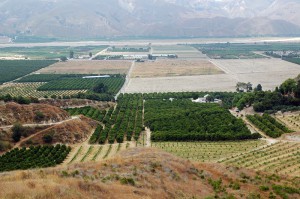 Milestone, a herbicide from Dow AgroSciences, was registered about 9 years ago in California for mainly cattle ranged applications, targeting problem weeds.

Guy Kyser with the Department of Plant Sciences at UC Davis looked at how the herbicide was affecting good perennial grasses.

“Its used mostly for broadleaf weeds, its been a real help with the Yellow Starthistle. There was some concern about whether it might affect seedling grasses, especially the perennial native plants that we want to replant after controlling yellow star thistle, because it got a little bit of soil residual, which is good for thistles but we wanna make sure it wasn’t hurting our grasses, and that’s what this trial is. We treated several rates of Milestone, and replanted with several species of native California perennial grasses, to see if there was any impact on the seedlings.

Kyser found out that the important grass species are more tolerant to Milestone applied at the time of planting, then when milestone is applied to young seedlings. He noted that California Brome is the most tolerant grass to Milestone.

“We get called out all the time by the growers themselves, ‘What are those spots on my leaves?’ and eight times out of ten, it’s drift from the herbicide application they put on, on their own. There is always a little bit, you can’t eliminated drift, you can minimize it,” said James.

James points out some practical strategies in minimizing drift, and not just the obvious of not spraying during heavy wind.

“They need to think about the type of nozzles, the 800 nozzle produce fewer finds than the 110 nozzles, and they came out a few years ago with an extended range, T-Jet extended range nozzle, which allowed you to work at lower pressure and still the coverage,” said James. “And since then there has been at least 2 types of air induction nozzle, where you draw air in, and produce droplets that are bigger because they are wrapped around a little bit of air, and they tend to settle quicker,” he added.

“You get a good pattern with 15-20 PSI, which produces much fewer finds if you are up at 30-40 PSI. and sometimes they think the higher the pressure the better ill drive it down into the weed, and that has nothing to do with that, it just producing more finds.” said James.

James comments on the scenario of worn out or missing nozzles.

“Every year, you ought to start out with a new set of nozzles, and make sure they are all the same. That is the other thing, when they have weed sprayers got 8 nozzles across the boom, and one plugs up, they have to put in the that plugged one, whatever they got in their pocket. which may or may not be the right size.” said James.