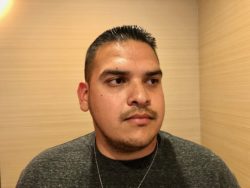 For nearly five full years, Gerawan Farming Inc. employees have fought a legal battle for the State of California to count their votes cast in the November 2013 election to decertify the United Farm Workers (UFW) as their bargaining representative. According to Jesse Rojas, a farm worker rights activist and spokesperson for Pick Justice, “Anything the UFW does, the California Agricultural Labor Relations Board (ALRB) is right next to them; and anything the ALRB does, the UFW is right next to them. They are one single entity for the most part; they are a partnership.”

“This is where the UFW and the ALRB have failed to mention to the public the fact that we are just asking for the votes to be counted,” Rojas explained. “We are not saying, ‘Certify the results.’ We are not saying, ‘Once you open them and count them, let that be the final choice.’”

‘This is the perfect question for the UFW, the ALRB, and our California legislators: Why are you so afraid? Employees deserve to know what the choice was, even if you choose to destroy [the ballots] afterward,” Rojas said.

Rojas explained how Governor Brown appointed people to the ALRB who are UFW sympathizers or people who have worked for the UFW.

“It is not only corrupt, it is also very sad and unfair to see over the last years how many companies and jobs have been lost. How many employees and families have been affected? I am not talking just about Gerawan Farming Inc. workers. We can go on and on in McFarland, Delano, Bakersfield, Salinas and Santa Maria for similar examples of how the ALRB has failed to protect farm workers.”

“Launching Pick Justice was great because it started with thousands of Gerawan farm employees who have been very courageous and have not given up,” Rojas explained. “Pick Justice expanded when other workers started reaching out to us from different companies, perhaps dealing with different issues. For example, we have a lot of workers from the Monterey and Salinas area that have been under a UFW contract for decades, but the UFW fails to protect them.”

“The UFW neglects its members by not reporting certain things to them, by segregating those employees who are unhappy with [the UFW] as well as keeping them away from information or meetings,” Rojas said. “Also, by being on the side of the employer—whatever the employer wants to force upon the workers, even if it’s not in their best interests—and forcing it down their throats.”

“After I reached out to Silvia Lopez, we started to meet over the following months. Many of the workers reached out to me. I have spoken to them on my phone. I’ve gone to their houses. I know their spouses. I know their children. I’ve eaten with them, and that’s where I became even more passionate. I said, ‘Look, you guys are the face of this. Your courage is what makes this effort great over so many years; you just don’t give up. You know what you want, and you know what is right.’ ”

“All I have to do,” Rojas continued, “is help you with communication media using techniques that I know, which is so simple. Social media, digital marketing, things that I grew up with and that I’m very good at. Pick Justice is not about me; it’s about them. If they weren’t still fighting, if they weren’t as strong and courageous as they are, we would not have Pick Justice today.”

“We’ve been attacked, and we continue to be attacked. But we know what we’re doing is right, and we have the numbers. If I didn’t have thousands of workers standing behind me, I wouldn’t be able to do this.”

Rojas said the Gerawan farm workers absolutely knew if they kept fighting, they would be vindicated.

“They did not give up; they are so motivated. And now, we’re in a waiting game for the most of accounting, but the stakes are high.”

“Think about Silvia Lopez,” he said. “You don’t think she’s going to be attacked by the UFW after attending Ivanka Trump’s recent Central Valley event? You don’t think I’m going to be attacked? I’ll give you an example. When Silvia met Tim Donnelly, a 2014 gubernatorial candidate who cared about her story, the UFW circulated a flyer of that picture and called her a racist towards all employees. Why? Because she’s searching for help for farm workers.”

“Specifically, their words and their actions do not go with one another,” he continued, “including their stance on immigration. If people simply looked up some of the legislation opposed by the UFW, they would see that the UFW is actually not for immigration. It is ironic and hypocritical to keep quoting and portraying the current UFW leadership as pro-employee and pro-Latino.”