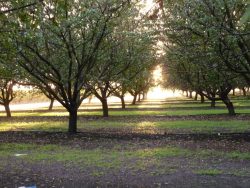 The California Environmental Protection Agency announced today that virtually all use of the pesticide chlorpyrifos in California will end next year following an agreement between the Department of Pesticide Regulation (DPR) and pesticide manufacturers to withdraw their products.

“For years, environmental justice advocates have fought to get the harmful pesticide chlorpyrifos out of our communities,” said Governor Gavin Newsom. “Thanks to their tenacity and the work of countless others, this will now occur faster than originally envisioned. This is a big win for children, workers and public health in California.”

“The swift end to the sale of chlorpyrifos protects vulnerable communities by taking a harmful pesticide off the market,” said California Secretary for Environmental Protection Jared Blumenfeld. “This agreement avoids a protracted legal process while providing a clear timeline for California farmers as we look toward developing alternative pest management practices.”

Earlier this year, DPR announced it was acting to ban use of chlorpyrifos by canceling the pesticide’s product registrations. The decision follows mounting evidence, PDF that chlorpyrifos is associated with serious health effects in children and other sensitive populations at lower levels of exposure than previously understood, including impaired brain and neurological development.

At the same time, DPR and the California Department of Food and Agriculture (CDFA) have established a cross-sector working group to identify, evaluate and recommend safer, more sustainable pest management alternatives to chlorpyrifos. It will hold its first meeting this month and will hold three public workshops beginning in January.

The agreement with Dow AgroSciences and other companies means that use of chlorpyrifos will end sooner than anticipated had the companies pursued administrative hearings and potential appeals process, which could have taken up to two years. Under the settlement, the companies agreed that:

To ensure consistency for growers and for enforcement purposes, DPR is applying the terms and deadlines in the settlements to seven other companies that are not part of the settlement agreement but are subject to DPR’s cancellation orders.

The development of safe, more sustainable alternatives to chlorpyrifos is being supported through the current state budget, which appropriates more than $5 million in grant funding for the purpose. 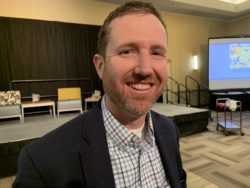 “The decision to ban chlorpyrifos is not surprising given the significant pressure from anti-pesticide groups, active legislative proposals, regulatory proceedings, and ongoing court battles,” said CCM President Casey Creamer. “However, this decision relies heavily on an evaluation that was significantly flawed and based upon unrealistic modeling scenarios that are not verifiable by actual results in DPR’s own air monitoring network.”

“California Citrus Mutual and our member growers stand by science that is sound, that properly evaluates risks and puts forward appropriate safeguards to protect ourselves, our employees, and our surrounding communities. We are committed to safe and effective use of chlorpyrifos and other crop protection tools.”

“The process for which this chemical was evaluated was purposely exaggerated to achieve the desired outcome and jeopardizes the scientific credibility of the Department of Pesticide Regulation. This decision sets a terrible precedent for future evaluations and creates a chilling effect on companies planning on making significant investments to bring new products to the market in California.”

“The citrus industry is fighting feverishly to protect itself from the deadly citrus disease, Huanglongbing,” Creamer continued. “In order to do so, we must have the necessary tools in the toolbox for an effective Integrated Pest Management program.”

“The once mighty citrus-producing state of Florida has lost 70% of its production due to this disease, which is expanding exponentially in residential citrus trees in Southern California at this very moment. While our commercial growers will remain vigilant, it is vital that our policymakers recognize the seriousness of the threat and ensure sound scientific procedures are followed.”

“California Citrus Mutual will continue to be actively engaged in the regulatory processes around the cancellation decision and will continue to explore all potential remedies to allow the safe and effective use of chlorpyrifos.” 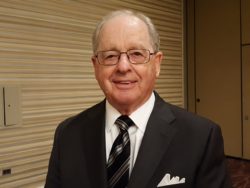 It’s important when the agricultural industry is speaking with others outside the industry to use more simple ag terms that people can understand.

“Every industry, whether you’re a lawyer, a doctor, an agriculturists, we talk in code, and we kind of assume that other people understand and mostly, they don’t,” said George Soares, a partner of Kahn, Soares & Conway LLP.

Soares said we have to be clear in our message, and the way to do that with most public officials is to simplify the message, build off the simple starting point and through conversation, providing as much detail as you may need to provide.

“Instead, we lunge in, with all that we know about a topic, and many times, we just lose our audience by doing it that way,” Soares explained.

For example, many  wanted to comment on the importance of chlorpyrifos, a crop protection material that was meeting new regulations.

“You might go into a meeting with a legislator and launch in with the word chlorpyrifos and people cannot pronounce it, much less understand it,” Soares said. “We need to talk more simplistic, whether it’s chemicals or virtually anything that we do in agriculture, because the typical person just cannot relate.”

Soares suggested keeping the human condition in mind when talking with people.

“In my view, the human condition is a simple term but it takes the issues down to its essences. It’s talking about people and the effect on people of decisions that are being made,” he said. “It’s not a particular layer of people, but all people are impacted.”

“For example, when you prevent water from flowing like it should in California, what is the impact on the human condition? When you start probing at that level, you tend to get people’s attention,” Soares explained. “But too often, we in agriculture get ourselves lost in the technical and in the great detail of things, instead of boiling it down to its essence.”

Soares discussed the 2010 water bond negotiation and the fact that it wasn’t obtaining many votes until he brought in a group of Latinos to share how the lack of water affected them personally.

“It was very interesting, as it almost turned the votes on the dime, supporting the water bond. Because now, in the minds of the legislators, here are real people, experiencing the human condition. That brought a lot more authority to their message than other people. The legislatures started listening, and all of a sudden, the impossible became possible,” Soares said.

The legislature saw that these people might lose their jobs, have to move and most importantly, lose their American dream.

“An employee can speak more effectively about impacts on themselves instead of having their employer represent their interest in a conversation. We’re just not as believable as the individual themselves, speaking for themselves,” Soares explained. 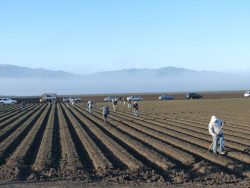 The California Environmental Protection Agency (CalEPA) announced recently that both the California Department of Pesticide Regulations and the Office of Environmental Health Hazard Assessment are pursuing health protections on one of the most widely used agricultural pesticides in the nation, chlorpyrifos.

The Department of Pesticide Regulation (DPR) released an updated draft risk assessment for public comment. This action marks the start of a public and scientific review of the document, which could lead to increased restrictions on chlorpyrifos statewide. DPR is currently developing interim restrictions on use of the pesticide and recommendations will be made to county agricultural commissioners next month.

In addition, the Office of Environmental Health Hazard Assessment (OEHHA) is referring chlorpyrifos for potential listing as a developmental toxicant under Proposition 65. OEHHA recently posted an announcement that the state’s Developmental and Reproductive Toxicant Identification Committee will consider the listing of chlorpyrifos at its next public meeting.

“While chlorpyrifos has been protecting crops for more than 50 years, new information in the scientific community leads us to believe the level of risk it poses is greater than previously known,” said CalEPA Secretary Matthew Rodriquez. “We need to better understand the science to ensure our actions protect public health. The actions we are taking today reflect our commitment to the health and safety of all Californians, and the environment.”

DPR scientists believe chlorpyrifos may pose a public health risk as a toxic air contaminant based on its assessment of the latest studies in the scientific community. However, this new finding, indicated in the updated draft risk assessment has not been peer reviewed and must go through a public comment period and be independently evaluated by other scientists.

On September 15, DPR will hold a public workshop on the updated draft risk assessment at the Pesticide Registration and Evaluation Committee meeting in Sacramento.

After the 45-day written public comment period, which began August 18, DPR’s updated draft risk assessment will go before an independent panel of nine scientists known as the Scientific Review Panel (SRP). The thorough review process, which may ultimately lead to more restrictions on use, may conclude in December 2018.

Next month, DPR will provide county agricultural commissioners with specific interim recommendations, including:

OEHHA will soon open a written public comment period on scientific materials that describe the evidence for the developmental toxicity of chlorpyrifos.  OEHHA will provide the materials and the written public comments to the Developmental and Reproductive Toxicant Identification Committee. The committee is an independent panel of 10 scientific experts that determines whether chemicals are added to the Proposition 65 list as causing birth defects and other reproductive harm. The committee will also consider public comments presented at its November 29 meeting.

If the committee adds chlorpyrifos to the Proposition 65 list as a developmental toxicant, businesses that knowingly cause exposures above minimum levels must provide a Proposition 65 warning.

OEHHA’s notice of the November 29 meeting of the Developmental and Reproductive Toxicant Identification Committee concerning chlorpyrifos is available at: www.oehha.ca.gov.