In its report to Attorney General Harris, the Legislative Analyst’s Office (LAO) found that the water priorities ballot measure “would not significantly increase or decrease the state’s anticipated debt payments.”

“We are pleased that the LAO agrees that our measure performs as we intended and has no undesirable fiscal effects,” said Bettencourt. “From the outset, we wrote it to avoid any new taxes, new debt, new user fees, or other costs to the state’s taxpayers.”

The measure would redirect up to $10.7 billion in previously-authorized High-Speed Rail Project and 2014 Water Bond general obligation bond authority to fund construction of specific water-storage related projects throughout the state and amend the state’s constitution to prioritize uses of water, putting people’s needs first.

By helping to solve California’s water storage infrastructure needs, the initiative would remove unspent bond funds from the High-Speed Rail Project approved by voters in 2008, now listed as the least important infrastructure priority according to the recent Stanford Golden State Poll. Dealing with the state’s water problems is the majority of voters’ top priority, according to the same poll.

CalWA sponsored the measure with State Senator Bob Huff and Board of Equalization Vice-Chair George Runner, its proponents.

The LAO also found the net effect of the measure on federal funds and its impact on state and local governments were unknown. The LAO also reported the measure could cause unknowable changes in other state capital projects.

Bettencourt said that Attorney General Harris is expected to finish her review within a week and release an official title and summary for the measure, the first step in circulating petitions to qualify the measure for placement on November’s ballot.

“The people of California will be given the ability to reprioritize the state’s direction for the needs of today—from a high speed train to water storage,”  Bettencourt said. “They will soon be able to sign the measure’s petition and help us in our efforts to qualify this important initiative measure for a vote of the people,” she concluded.

The California Water Alliance is a statewide nonprofit organization dedicated to raising awareness about the nature of water and promoting long-term, sustainable solutions that meet the health and security needs of families, cities, businesses, farmers and the environment. To learn more, visit www.CaliforniaWaterAlliance.org. 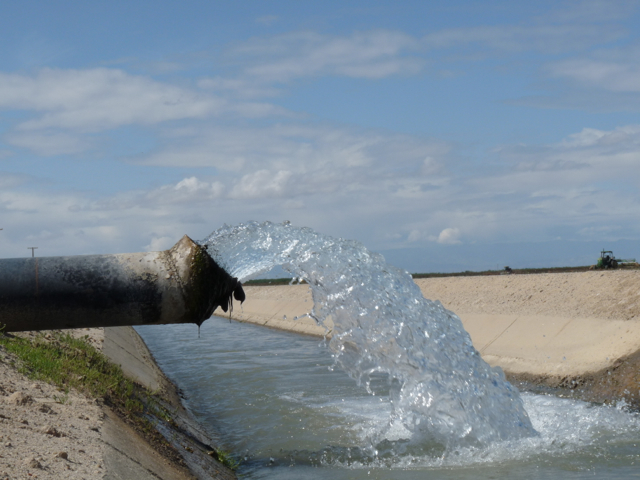 “While we recognize the need to incorporate groundwater management into a comprehensive effort to reform California water policy, we have grave concerns about the legislative package the governor has just signed into law.

“Unfortunately, these measures were hastily drafted and without a true understanding of the global nature of our water crisis. Consequently these new laws, if not modified, will do more harm that good primarily because they completely omit any consideration about how to recharge our groundwater supplies. The following represent our primary concerns with the new laws:

They do not recognize that groundwater management must be handled in concert with surface water management. Limiting pumping will not recharge groundwater supplies; only reliable, annual surface water deliveries will recharge basins throughout the state.
They do not validate the fact that groundwater recharge must be acknowledged as a reasonable use of surface water; which currently it is not. To reach our goal of restoring our aquifers, we cannot punish activities that provide for achieving that goal.
They trample on private property rights of landowners who own the water on their property.
They do not adequately take into account local management efforts that have taken place statewide over the past decades.
They disregard the fact that famers have been tapping groundwater as a matter of survival and in direct response to the state and federal government’s dysfunctional and onerous surface water restrictions.

“We remain concerned that irregular supplies of surface water, and limited groundwater use will continue to severely impact our agricultural economy and its related industries. Our supply of water will dictate crop plantings; reduced water will mean fewer crops, jobs, exports and ultimately our position as the world’s number one exporter of fruits and vegetables.

“Groundwater management is critical but only if conducted responsibly and holistically. This package of new laws do neither and have the potential to further undermine efforts to achieve effective and balanced reforms to California water policy.”