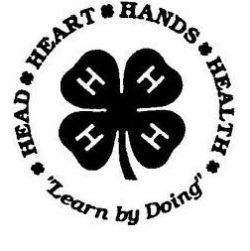 Less than two percent of the United States population is working in agriculture. This may not sound like much, but let’s break it down. Two percent of the population means roughly 21 million jobs, 10 percent of the total workforce, and more than 160,000 farms. The greatest credibility for this huge industry goes to the farmers who work 365 days a year to feed the world. But who is advocating for them while they’re out in the field? That’s where Rob Schrick and Bayer Crop Science comes in.

Schrick, the Strategic Business Director for Bayer, knows the importance of promoting the industry and making consumers more aware of where their food comes from.

“What we’re trying to get across is that everyone in agriculture needs to lean into the conversation about ag, and be a proud ‘Agvocate’ for our industry,” he said.

Explaining the importance of farming, using both science and an emotional connection is key to getting this incredibly important concept across.

One way Bayer is striving to accomplish this goal is by working with youth involved in 4-H.

“We’re trying to get the kids even more excited about STEM,” Schrick explained.

STEM is a program that combines Science, Technology, Engineering, and Mathematics to give the kids hands-on education and inquiry-based science learning, which they can relate to agriculture and share with their community.

It is said that today’s youth are tomorrows leaders, and Bayer is helping the future leaders found in 4-H represent the farmers that work so hard to provide the world with a safe, affordable food supply. 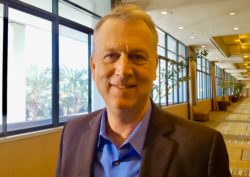 AgVocating to the Consumers

Adrian Percy, global head of research and development for the crop science division of Bayer, recently discussed with California Ag Today the big need for AgVocating for agriculture so that consumers can understand the business.

“We need to make sure that we can maintain or restore trust in food and agricultural production methods because clearly there is somewhat of a disconnection between growers and the community,” Percy said. “Roughly two percent of the U.S. population are farmers. As many folks move to the cities, they are more and more disconnected from agriculture, and people need to understand the story of agriculture and why it is so important.”

Bayer conducted a survey over 10 countries and 10,000 individuals to poll consumers on their opinions of farmers.

“One of the interesting things was that despite a lot of controversy around agriculture, monoculture, GM, organic versus non-organic, still the public trusts farmers. There’s a high degree of trust and I think that comes from the emotional connection with food,” Percy said.

Growers are known to work sustainably and pass on to one another.

“This is not just in the U.S., it is also in the European markets,” he explained.

There are a lot of questions coming up around agriculture. As an agricultural input company, Bayer’s role is to help activate farmers or other folks in the industry to come out and talk about agriculture.

@AlmondGirlJenny Urges Everyone in Ag to AgVocate on Social Media

Digital platforms—not newsprint—lead the information superhighway-world we live in. Beyond news websites, everyone in the agricultural industry who is able should engage and agvocate on a few social media platforms such a Twitter, Facebook, Instagram or blogs, according to @AlmondGirlJenny.

“It’s critical for us to be out there,” she added, “showcasing what we’re doing and highlighting the benefits of agriculture and how it’s multi-generational, how it’s family oriented. Get people to relate to it and become engrossed in it,” Holtermann said.

Last year a reporter from the Los Angeles Times asked Holtermann about water use in farming almonds. “I was able to set the reporter straight regarding all the myths about almonds and water use,” she commented. “I told her that over the last 10 years, almond growers have reduced their water use by 30 percent and we are working on saving even more.”

“We farm together with my husband’s family in the Wasco area. It’s very important to us to care for our land and treat it as best as we can so that it can be passed down to future generations. We’re raising the fifth generation, and we hope that someday, if he so chooses, our son has the opportunity to farm here as well,” she said.

“All of us in agriculture should tell our story,” Holtermann said, so others who are not involved with Ag can learn. “If social media is not your game, hire someone to help you get started.”