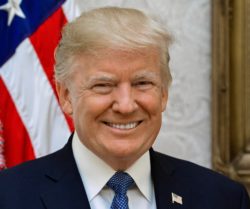 930
SHARES
ShareTweetSend to a friend

From the White House

President Trump is Working to Promote Reliable Water in California and Other Western States.

IMPROVING WATER RELIABILITY: President Trump is working to increase water reliability for families, farmers, and cities across the West.