0
SHARES
ShareTweetSend to a friend
California Wine Industry:
Strong and Getting Stronger
It was announced TODAY that despite long-term concerns about climate change and regulatory pressures, California wine industry leaders are once again quite bullish about the wine business, according to two new surveys conducted by the University of California, Davis. 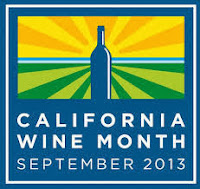 “The wine industry, by and large, has weathered the worst of the economic downturn of this decade,” said Robert Smiley, professor and dean emeritus of the UC Davis Graduate School of Management.
“The CEOs and professionals who participated in these surveys expressed a growing confidence in the future of traditional brands and optimism for the expanding global market,” he said. “And, to varying degrees, they are interested in exploring new products to meet the demands of the millennial generation and increasing their use of social media in their marketing strategies.”
Smiley has surveyed wine executives for each of the last 12 years and winemakers for 22 years. The surveys examine global and national trends in the wine industry. They complement other wine research and teaching at UC Davis, home for more than 100 years to the most comprehensive university wine program in the United States.
Survey of wine executives
In this 12th annual wine executives survey, Smiley gathered the opinions and projections from the heads of 28 leading wineries.
Now that the economy is rebounding, brand and quality are having more of an impact than price on consumer purchases, the respondents reported. They noted that even during the more difficult economic years, many consumers who were accustomed to the more expensive, higher-quality brands continued to purchase those wines; they simply bought less of them.
As the economy recovers, consumers will continue to make luxury wine purchases, but those will be well reasoned, rather than “frivolous luxury” purchases, one executive predicted.
Asked how firms are vying for the attention of the millennial generation, in light of competition from craft beers and craft cocktails, the executives offered mixed responses. Some reported that they or their competitors are developing new products by adding flavors, carbonation or even spirits to regular wine.
“It’s a great opportunity to experiment with the millennials because they are focused on things like authenticity and some integrity,” said one respondent. “They love to discover things.”
Others respondents said they are not creating such “pop products,” but rather are continuing to innovate in terms of how they source grapes and make wine, with an emphasis on quality.
Most respondents voiced keen interest in international market expansion in a variety of regions including Asia, South and Central America, Europe, Canada, Russia and even Africa.
Several respondents reported that their firms are cautiously eyeing the massive Chinese market, but with significant concerns about its stability. One executive found Japan to be a far stronger market than China, noting that Japanese wine consumers “have been buying Napa Valley wines for a long time and have a preference for those luxury items... .”
In the area of social media, the executives reported that their businesses use a variety of services, including Twitter, Facebook, Yelp, Instagram, Pinterest and Trip Advisor. Special online offerings include live tastings and streaming video. And, they are training their employees on the importance of product quality and customer service, especially in an era when consumers’ likes and dislikes are so quickly and broadly shared with the online community.
Identifying hot topics for the next five to 10 years, the survey respondents said they are most concerned about the effects of climate change; environment-related regulatory pressures; and the availability and cost of labor, land and water.
Survey of wine professionals
Smiley’s survey of California wine professionals, now in its 22nd year, gathered the opinions of 110 wine industry leaders. Most of the survey respondents represent wine companies; others are from operations that range from wineries to grape-growing and wine-distribution firms to financial institutions.
The survey respondents overwhelmingly predicted that the greatest opportunities for the wine industry will be found in increasing direct sales to consumers; followed by consumers “trading up” in terms of the price and quality of their purchases, increased wine sales, and the new market that is evolving as the millennial generation comes of age.
They project that during the next three years, California wine sales will receive their greatest boost from an improved economy and increased consumer confidence, followed by rising direct sales to consumers, improvements in value for price, and large or above-average wine-grape crops.
On the other hand, they anticipate that the greatest hurdles for the California wine industry during the next three years will be higher input costs and slow economic recovery, followed by limited water availability and “margin compression” -- a decline in the margin of revenues compared to costs.
The respondents predict that over the next three years, the strongest white wine varietals will be chardonnay, sauvignon blanc and pinot grigio, while the strongest red wines will be cabernet sauvignon, pinot noir and red blends.
They anticipate the strongest growth in sales will be among wines in the $10-$14 per-bottle range, followed closely by the $14-$20 range.