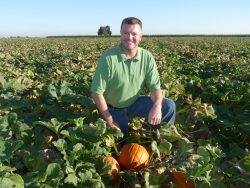 Will Overtime Bill Kill Sunup to Sundown Way of Farming?

Newly approved by the California Assembly, AB-1066, which would effectively extend the payment of overtime compensation to agricultural employees after 8 hours of work in a day or 40 hours per week, instead of 10 hours per day or 50 to 60 hours per week, awaits Governor Jerry Brown's final decision this month. The theory behind the bill is understandable, but according to Bryan Van Groningen, field manager for Van Groningen & Sons, Inc., a California family farming business begun in 1922, agriculture works within a different timetable than other industries.

Because agricultural production is fundamentally nature-based, Van Groningen said there is an underlying need for non-traditional workdays. "Our crews, more or less, work from sunup to sundown," he said. "That is what is required to get our harvest finished."

Van Groningen & Sons employs different types of laborers, some who already work 8-hour days and others who work on a schedule that AB-1066 would  eliminate. "Our field workers—everybody is accustomed to a 10-hour per day and 50-hour per week system," explained Van Groningen.

For Van Groningen & Sons, one of the largest producers of pumpkins for the West Coast, the period leading up to Halloween is naturally one of their busiest times of year. They have a short window of time to get their produce ready for its final destination, so putting an 8-hour limit on their employees would cause problems in meeting their deadline. "We have to get all of our crop in, harvested, transported, packed and shipped by a certain date. If we don't," he said, "the date comes and we're pretty much finished."