WAPA Joins A Call for Action On Water

WAPA Joins A Call for Action On Water 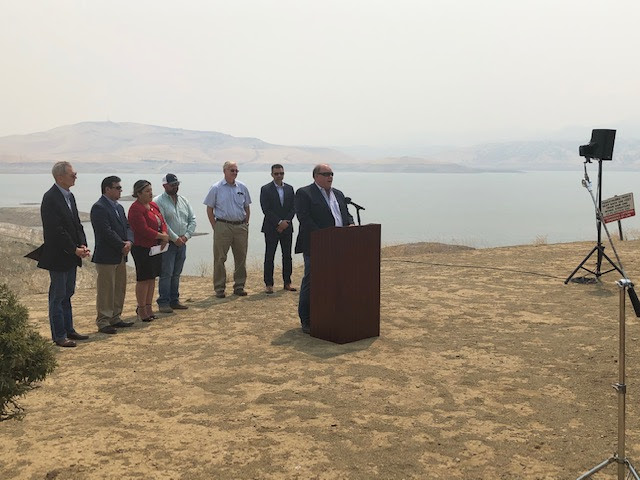 Association President/CEO Roger A. Isom spoke today at a press conference at the San Luis Reservoir calling on the state to fix our water infrastructure.

Isom quoted Kennedy stating “this is our task in the simplest of forms.  It is a task to renew and strengthen the American Land and its resources and build up a legacy for those who follow”.  The event also recognized the $100 million received to help infrastructure in the state to help repair canals.  Isom called it a down payment to help the state fix our infrastructure for our farms, cities and every citizen in this state.