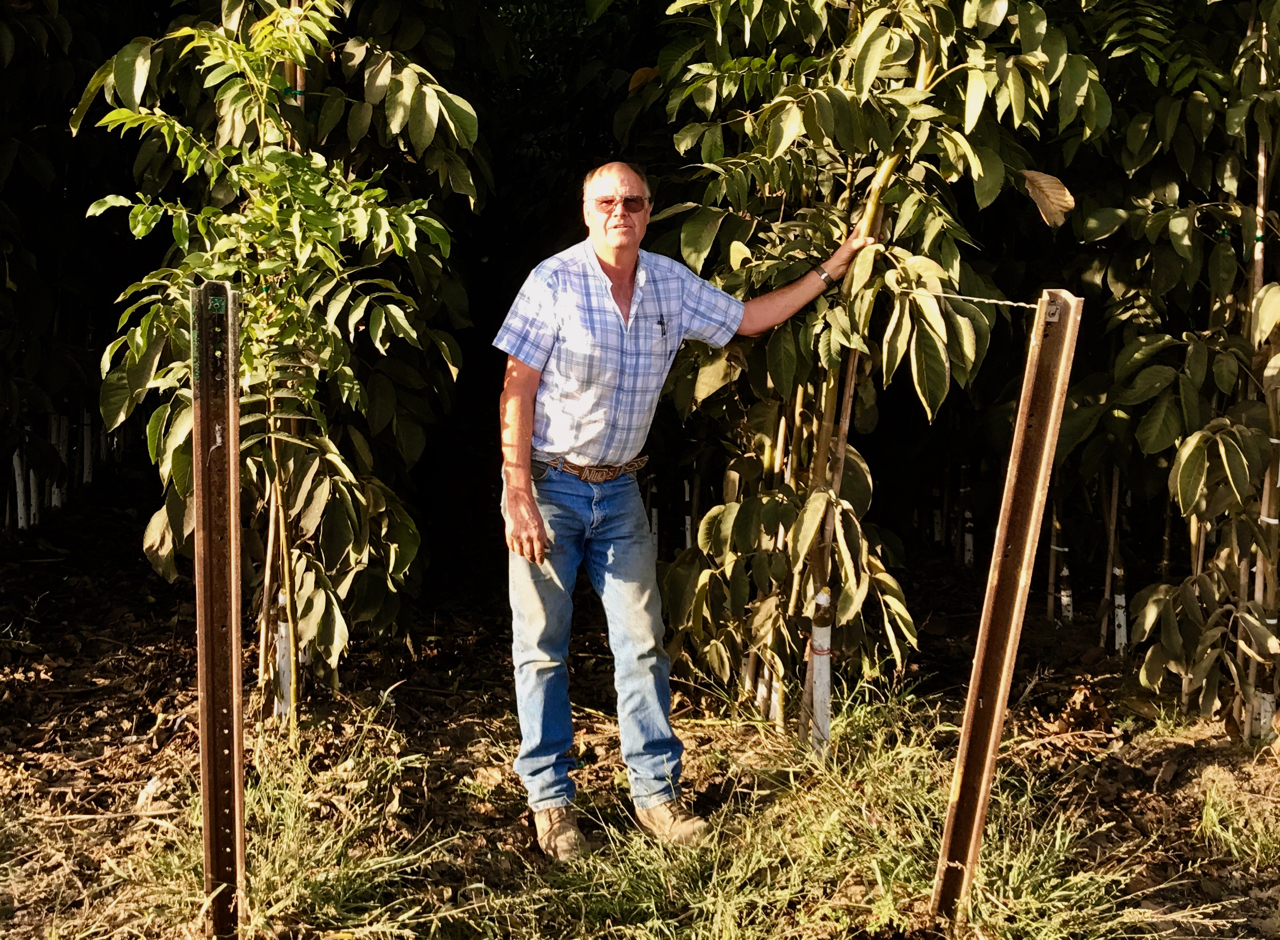 California Ag Today recently had the chance to interview Norman Crow a walnut grower and owner of Orestimba Walnut nursery in the Crows Landing area of Stanislaus County.

We asked him about his walnut harvest. “I think everything is going to be late this year. But it looks like a good crop,” Crow said.

“It’s very interesting because the market for the first time in several years is good. There’s no carryover from last year, so, we’re going to see maybe a 25% increase in price,” Crow said.

Crow explained that walnut plantings are not out of control compared to almonds and pistachios. “So we are very optimistic. Plus the dollar is weaker, there is no carryover and there is strong demand for walnuts

Crow is a descendant of Walter, Crow who came out to California from Missouri in 1849 – obviously, for gold. And he had eight children.

“I’m the descendant of one of his eight children, which is John Bradford,” Crow said. “He was my great-great grandfather.”

“And soon after arriving, my family bought Orestimba Rancho, which was a Spanish land grant. It was about 5,000 acres along Orestimba Creek that goes from the San Joaquin River, up the canyon, to the west of I-5.

Orestimba is a Yokut indian word for “the meeting place”.

“My family began farming barley, and they needed to get it to the buyer,” Crow explained.

The Crow’s built two riverboats, which pulled barges, loaded with sacks of barley. The landing was a warehouse on the San Joaquin River. That’s how it was eventually named Crow’s Landing.

“And then, a good family friend of ours, Jack Grisez took care of the ranch for many years, but they actually had a bean warehouse here that’s called Grisez Warehouse,” Crows said. “ Jack Grisez supplied all the dry beans to the GIs during WWII. He was one of the primary packers of beans. So, WWII came along and people started growing – there was a need and a demand and there was money to be made growing row crops. So some of them grew beans, tomatoes and other crops. And others operated dairies in the area.

In 1865, the Crow family began planting walnuts using seeds that the family brought from Missouri. They were from black walnuts, and today there are still may black walnut trees in the area.

And while walnut plantings were expanding throughout California, Norman Crow established a commercial walnut nursery on his ranch and named it Orestimba Nursery, which lies on Orestimba Creek.

Besides farming walnuts and operating a nursery, Crow noted that his family operates two walnut hullers in the area.