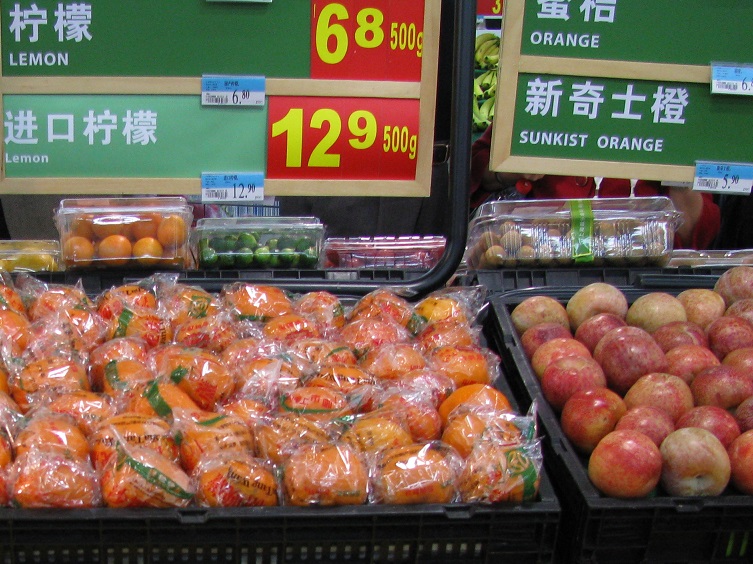 “Resuming trade before the start of the 2014 citrus shipping season is the result of a lot of effort by a number of USDA employees, who worked very closely with their foreign counterparts to resolve China’s concerns,” said Vilsack. “Their extra effort means California citrus growers can once again ship to this important market.”

A series of scientific exchanges between the USDA’s Animal and Plant Health Inspection Service (APHIS) and China’s General Administration of Quality Supervision, Inspection, and Quarantine (AQSIQ) resulted in an agreement for California citrus to again be exported to China.  APHIS and USDA’s Foreign Agricultural Service worked closely with the U.S. citrus industry to ensure the successful outcome.

In April 2013, California-origin citrus was suspended from entering the Chinese market due to interceptions of brown rot (Phytophthora syringae), a soil fungus that affects stored fruit.  Over the next year, USDA worked with China to address China’s plant health concerns and reopen the market for California citrus exports.

Noting the importance of the Chinese market for U.S. citrus producers, Secretary Vilsack raised the issue with Chinese officials during the U.S.-China Joint Commission on Commerce and Trade in December 2013.  In April 2014, APHIS and AQSIQ officials met to discuss a proposed work plan that included protocols to effectively reduce the pest risk on citrus product shipped to China.  As a result of these discussions, U.S. and China officials finalized an agreement to resume exports on Aug. 3, 2014.

The Obama Administration, with Secretary Vilsack’s leadership, has significantly expanded export opportunities and reduced barriers to trade, helping to push agricultural exports to record levels.  U.S. agriculture is experiencing its best period in history thanks to the productivity, resiliency, and resourcefulness of our producers and agribusinesses.

Today, net farm income is at record levels while debt has been halved since the 1980s.  Overall, American agriculture supports one in 12 jobs in the United States and provides American consumers with 83 percent of the food we consume, while maintaining affordability and choice. Strong agricultural exports contribute to a positive U.S. trade balance, create jobs, boost economic growth and support President Obama’s National Export Initiative goal of doubling all U.S. exports by the end of 2014.