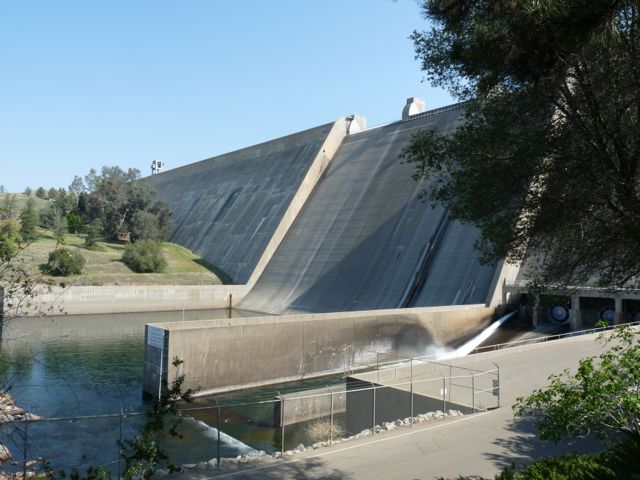 23
SHARES
ShareTweetSend to a friend

Below is a letter sent by the San Joaquin Valley Water Infrastructure Authority to Valley Legislators,  requesting their help in stopping AB 2975. As you may be aware, this legislation is a slightly different version from last years AB 975 by the same author.

Please do not believe the author's staff if they state that this legislation is not targeting the Temperance Flat Reservoir project; it is.  Not only would the TFR project be in jeopardy, but other future projects in other tributaries would be as well.  Again, they may suggest "approve with amendments." Just say "NO." If this door is opened even a fraction, we will not be able to close it when they decide to enhance it.

Simply put, it is a means by which the State of California could override Federal actions.

Our understanding is that the bill is heading to the Assembly Appropriations Committee, so please communicate with committee members with concerns.

Dear San Joaquin Valley Members of the Senate and Assembly:

On behalf of the San Joaquin Valley Water Infrastructure Authority (SJVWIA), I am writing to express our opposition to AB 2975 (Friedman). As you may know, this bill is very similar to legislation, AB 975, proposed in 2017 by Assembly Member Friedman, legislation which the SJVWIA also opposed.

It is obvious that a particular (although unnamed) target of the legislation is the proposed Temperance Flat Project on the San Joaquin River, northeast of Fresno. Under the previous federal administration, the U.S. Bureau of Land Management (BLM) proposed to include much of the San Joaquin River within the footprint of Temperance Flat Reservoir under the federal Wild and Scenic River Act. That proposal has been withdrawn by the Trump Administration.

Temperance Flat is a project that enjoys wide public support within the San Joaquin Valley in recognition of benefits it would provide in implementing the state’s new Sustainable Groundwater Management Act (SGMA) and addressing water supply needs that are so evident because of California’s continuing water crisis. As you well know, our region is Ground Zero for the worse of the state’s water crisis impacts and negative effects.

The SJVWIA was organized by five San Joaquin Valley counties, plus cities and special districts, with the objective of applying for state bond financing under the Water Storage Investment Program (WSIP) directed toward Temperance Flat development and constructively address these problems.

We know you understand Temperance Flat would provide a vitally-needed source of additional surface water storage. A large dam would be constructed within the upper reaches of existing Millerton Lake to form the new reservoir, which would have a capacity of 1.3 million acre-feet. More than 20 years of federal investment and study, directed and carried out at a cost of more than $36 million to date by the Interior Department and U.S. Bureau of Reclamation, have gone into the Temperance Flat project since 1995. This analysis has scrutinized project needs, benefits, operational challenges and related issues. The project would provide much needed additional water for San Joaquin River restoration.

Unfortunately, the SJVWIA has found it necessary to act and devote limited resources to opposing not only an obstructionist federal wild and scenic rivers proposal, but these state bills proposed by Assembly Member Friedman. This bill’s language could be a complete, permanent and fatal obstruction to developing Temperance Flat’s vastly increased and vitally-needed water storage capability, which is so essential for complying with SGMA, solving the valley’s water crisis and meeting regional environmental needs.

Ironically, the San Joaquin River reach within the Temperance Flat footprint can never attain “wild” or “free flowing” conditions. Upstream are seven major dams and nine smaller dams, developed over the past century by Southern California Edison Company and Pacific Gas and Electric Company to store and divert water into a dozen power plants where electricity is generated. Under most conditions, what some are proposing as a “wild” and “free-flowing” river carries just a tiny flow for fish because most of the river’s discharge is routed through two PG&E power plants.

The Friedman bill’s provisions are nothing less than a poorly-disguised ploy to hamper and discourage further surface water development. We see no reason why current state law should be broadened to expand designated “wild and scenic” areas as this measure purports to intend doing.

For these reasons, the San Joaquin Valley Water Infrastructure Authority opposes AB 2975 and respectfully requests your “NO” vote when the bill is taken up. If you or members of your staff have any questions, please contact Executive Director Mario Santoyo at (559) 779-7595, or by electronic mail at Msantoyo@sjvwia.org.

Thank you for your consideration.