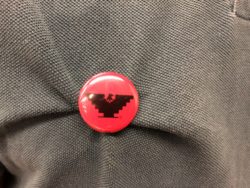 After having been found guilty of wage theft at trial once, the UFW has been accused once again of wage theft by one of its employees in a class action lawsuit. The UFW’s web site claims that the union is “Doing the right thing, even when no one is looking,” but the union apparently feels that doing the right thing does not include complying with their obligations to comply with California law.

UFW employee Gustavo Diaz claims that, even following the resolution of the first wage theft case against the UFW, the  farm worker union continued to violate its employees’ rights by systematically underpaying their wages. Mr. Diaz alleges that the union created phony records to cover its tracks and create the appearance of compliance while continuing to steal from its employees.

Mr. Diaz also claims to be the victim of a retaliatory termination, having been fired for blowing the whistle on the UFW keeping Dole Berry workers in the dark regarding impending layoffs that resulted from the closure of the Dole Berry farming operation. Mr. Diaz insisted that union leadership keep the workers informed, and when they silenced him and refused to do so, they fired him retaliation for objecting to the UFW’s illegal behavior.