Water Rally in Tulare Needs You!

The only hope for farmers on both sides of this Valley to survive this year is a change in the Delta Operations by both the State and Federal governments in order to maximize the flexibilities they have under this crisis to deliver more water south of the Delta, so an upcoming rally is intended to send that message.

The initial event flyer for the rally along with a water supply update on the East Side farmers’ dire situation is below. 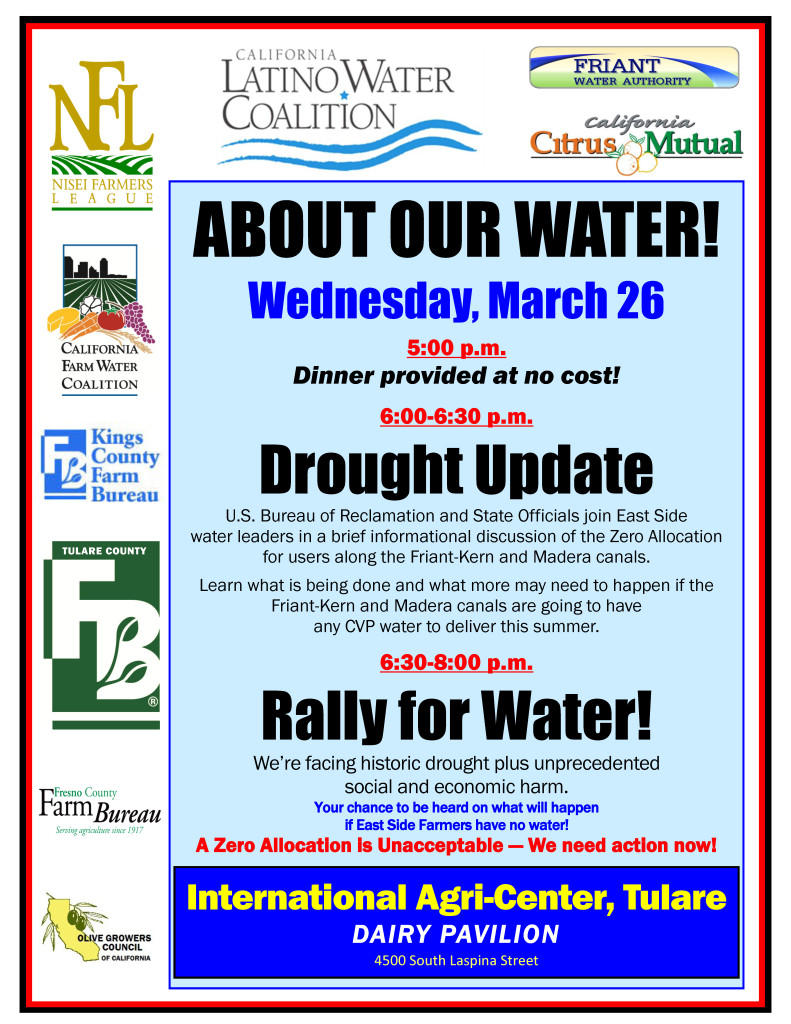