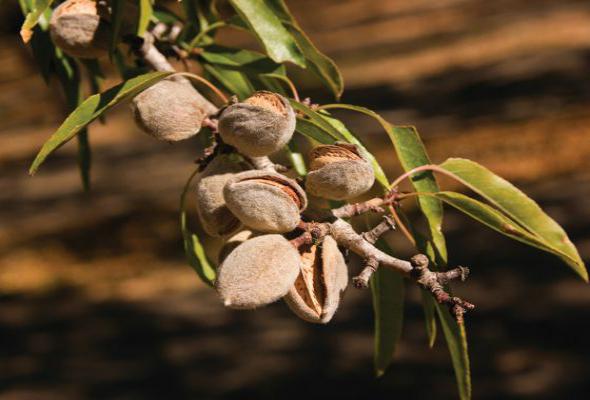 Roger A. Isom, Western Agricultural Processors Association (WAPA) president and CEO, told CalAgToday, "Tree nut theft is still a serious issue this year, as it was last year. Folks behind the thefts have not been caught. We’ve had over 30 thefts in the last 6 months."

There is good news. "We’ve had numerous attempts thwarted," Isom commented, "because folks have started to implement some of the procedures that we talked about at our emergency Tree Nut Cargo Theft Summit back in December." Following the successful Summit, nut theft legislation sponsored by the WAPA passed out of the Assembly Agriculture Committee unanimously. According to WAPA, AB 2805 (Olsen) would form a statewide California Agriculture Cargo Theft Crime Prevention Task Force with combined law enforcement services and support activities to fight agricultural cargo theft. Among the loads of tree nuts stolen was a load of almonds reportedly stolen during the Summit."

Isom explained, "We brought experts in cargo theft from across the country to the training seminar held in mid-April in Modesto to make sure all members understood: What has happened? How are the thefts occurring? What have we learned from those thefts and the investigations? What can people do to prevent these thefts from happening at their locations?"

"What we’ve learned, for sure," he explained, "is that if you do not implement the procedures, you will be hit. Following the December meeting, we’ve had companies hit by cargo theft; the [companies] that implemented the practices we talked about prevented thefts from occurring; those that did not have lost truckloads of tree nuts."

Isom understands it is time consuming to follow the recommendations, and there is some cost associated with it. "You have to take the time to take pictures of the drivers," he elaborated. "You have to fingerprint the drivers. You’ve got to make calls. You’ve got to make sure these truckloads of shipments have been placed at least 24 hours in advance. If there are driver changes, you cannot allow that. It takes some serious steps to prevent [theft]."

"We had one a few weeks ago," Isom explained, "where they switched drivers and trucks—literally the day of [transport]. It ended up being OK, but the alarms went off. The next time it could be an actual fictitious pickup."

Tracking a stolen truckload is difficult. Isom reported, "Typically they do get the license plate number. Prior to these thefts, they might have just asked the driver for the license plate number and taken his word for it. Maybe they would go to the extent of taking a picture of [the plate], but what if it is what they call a “cold plate”, a stolen plate?"

"In at least one of the thefts," said Isom, "the license plates had been switched. The thieves literally stole somebody’s license plates off a pickup truck and put them on the truckload of nuts. Had someone in charge been educated on license plate numbers—just normal [information]—they may have easily discovered the plates were not valid; they were not applicable for a truck-tractor-trailer setup.

Isom remarked the thieves are clever. "Most occur on a Friday or just prior to a holiday," he stated. "In some cases, the theft might not be discovered for 3 or 4 days. The damage depends on the value of the nuts at the time," Isom said, "and are we talking about finished product? Has it been processed? Seasoned? But you’re talking a stolen value of at least $100k-$150k. That’s what makes it so attractive and why cargo theft is on the increase across the country."

Furthermore, Isom stated, "We’ve been told by law enforcement that Los Angeles (LA) is now the highest cargo theft location in the world. It has increased dramatically in the last couple of years, and more so this past year. We did not see theft in tree nuts until recently. We had the occasional theft out-in-the-field or maybe at the huller—someone picks up a couple of trailers and tries to get rid of them—but not to this level, not this brazen, and not with finished product.

"Nobody is immune to it," Isom commented. "Tree nuts are the preferred product right now compared to other cargo thefts—TVs, tires, or tablets. Tree nuts have no serial numbers; thieves can turn and burn them faster than you-know-what. The other attractive part about the tree nuts is you can also store them for while. You can hit the farmers’ markets just a little bit at a time. It’s easy."

"This is not the common criminal," Isom surmised. "This is something sophisticated. Look how they have hacked into the U.S. Department of Commerce (DOC) database to get this information. Look how shipping papers have been modified; they put their phone numbers on them, and it looks legitimate. We’ve had trucking companies’ identities stolen. They’re using their forms, their information, their drivers’ names, but it is somebody else doing this."

"And trust me," Isom added; "it’s not the guys just right along California State Highway 99 ('the 99'), they’ll go to the smallest processor off the beaten path. They fool people with what looks like very legitimate paperwork. This isn’t something that somebody took a sharpie to; these look like legitimate shipping papers."

Isom and WAPA are engaged with "all the law enforcement, not just the local county sheriffs, including the Cargo Theft Interdiction Program (CTIP) with the California Highway Patrol. We’ve got the U.S. Department of Justice, Federal Bureau of Investigation (FBI) involved now. There are a lot of people on it, but, because of the value, it’s so attractive that we’ve got to make everybody is aware of this."

"This is a new type of theft facing our industry," warned Isom, " and you have to do your due diligence. It takes somebody taking some time, and it is going to slow down shipments. There’s no doubt about it; you have to be prepared and aware."

Through the use of fictitious pickup, even if the drivers are caught, Isom explained it’s not a felony anymore due to changes in California laws. "If you hold the driver at gunpoint," he said, "and you basically carjack the truck; that’s a felony. So they're basically saying that legally, the processor or handler voluntarily gave up the load. So it is not a felony; it’s a misdemeanor. So guys aren’t doing any state prison time. They’re doing a couple of weeks in county jail. With all the overcrowding, Boom, they’re gone; let them go."

"Quite frankly," Isom relayed, "the majority of the trucks end up in LA, so that’s where law enforcement finds the trucks. And that’s where they say the theft 'happened.' You can’t get the LA district attorney to prosecute these cases because they are too busy with murderers, rapists, and other—what they consider more serious—crimes than your voluntarily giving up a load, in their opinion. Even though some of these loads are worth half a million dollars."

"But now we have the FBI involved," Isom affirmed. "Thieves are now stealing on interstate highways; these are now federal crimes. There is certainly more teeth in federal law. When we catch these guys, they’ll be in federal prison, doing some serious time."