The Peril of Smoke Taint on Winegrapes 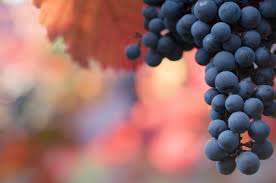 The Peril of Smoke Taint on Winegrapes

But smoke from that fire may yet cause problems for the wine grape industry in Napa, Sonoma, and Lake counties. James Kennedy, chair of the Department of Viticulture and Enology and director of the Viticulture and Enology Research Center at California State University Fresno, explained the threat of smoke taint on winegrapes. “Anytime you have wildfires near vineyards," Kennedy said, "there is a concern about how that smoke might become associated with grapes, and as a result, become associated with wine.”

Kennedy said they learned a lot about this problem from the Australian wildfires in 2003 that tainted their wine. Kennedy explained,“grape growers are oftentimes not aware of the extent to which smoke can damage fruit. In a sense, it is a two-edged sword. When wine is made from smoke-tainted grapes, it will have characteristics reminiscent of 'the morning-after ashtray' that is quite obnoxious and certainly not desirable. The other side of the sword occurs when smoke compounds interact with the grapevine and grape berries, it is modified by the grapes. Like an iceberg in the ocean, the ice above the water suffers the apparent smoke taint; whereas, the massive chunk underneath the ocean, though not initially as obviously smoke-tainted, reveals obvious taint over time.”

Kennedy said, "Winemakers in Australia realized that while you can treat that initial smoke taint, you don’t resolve the long-term taint problem. We, as an industry, are trying to identify vineyards with smoke taint problems before their fruit is made into wine. By testing grapes in laboratories, we are trying to prevent those wineries from wasting significant investment in converting tainted fruit into tainted wine."

The Napa Valley Vintners nonprofit trade association reported on its website yesterday, "So far no vineyards or wineries in Napa County have been threatened by any of this season’s wildfires. Most of the time the fires were burning, the smoke blew away from Napa County due to the typically prevailing winds from the southwest. The weekend of August 15/16, we did experience very hot temperatures and a wind shift that caused our air to be hazy and smoky as a result of the many fires burning throughout CA. However, there were no reports of smoke taint affecting Napa Valley wine grapes as a result."

"Most reports on smoke taint indicate that it exists only after an extended period of close contact with smoke; conditions that have not, to our knowledge, existed within Napa Valley this summer. Furthermore, Napa Valley is known for the highest standards of fine wine production and our winemakers will be paying very close attention to this situation as they harvest grapes for the 2015 vintage."