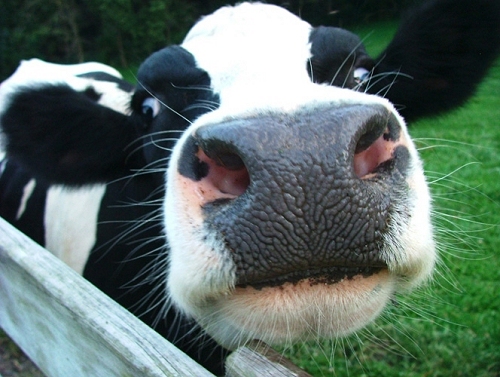 Rob Vandenhueval, manager of the Milk Producers Council, an organization of California dairy farmers, which advocates on federal, state and local issues on behalf of its members, noted that dairy prices are very low in the international markets—spelling problems in the near future for California dairies.

“We are looking at a future that includes significantly lower milk prices than we have been experiencing for much of 2014, and a large driver of that…the international market for dairy is down significantly from the highs of 6-9 months ago. In the months looking out into the future, we’re going to see milk prices in California, probably $17, $16, $15 spreads per hundredweight.

Vandenheuvel noted that dairymen and women can find some relief from the lower pricies: “Take look at this margin protection program that just came out of the 2014 Farm Bill, and it provides an opportunity to at least give yourself some safety net protection against falling milk prices. It’s going to cost you a premium as a dairy farmer, and you’ll have to sign up by December 5th, but at least it gives you some opportunity to get some relief directly from the government when these prices fall. Last time around, we only had the Milk Income Loss Contract (MILC ) program which was just not responsive to large Western-style dairies. So that’s the best tool you’ve got right now to fight volatility in the industry.”

Sign up today at your local County Farm Services Agency.