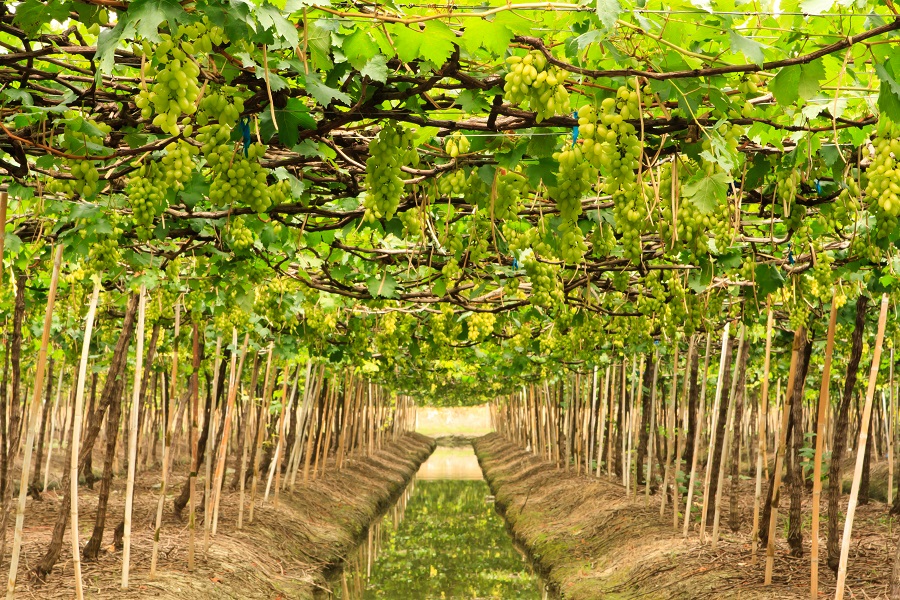 “The 2014 scholarship recipients are all very talented and motivated individuals, with a variety of career interests,” said Kathleen Nave, commission president. “These scholarships are one of the ways that California’s table grape growers encourage and support education in their local communities.”

The California Table Grape Commission is pleased to announce the 2014 scholarship winners:

Ms. Vanessa Serrato Meza is a graduate of Desert Mirage High School in Coachella Valley, and will be attending University of California, San Diego in the fall to study human biology. Vanessa, having immigrated to the U.S. at eight years old, was interactive with others in her community by tutoring and assisting in their studies while taking numerous Advanced Placement and honor courses at her high school. She plans to use the scholarship to continue her education and someday return to her community to help those in need.

Ms. Diana Valenzuela is a graduate of McFarland High School, where she ranked at the top of her graduating class with a weighted GPA of 4.39. Diana was a team co-captain on varsity softball, the senior class secretary and a recreation leader in an after school program where she led activities for hundreds of elementary school students. Crediting her parents who came to the U.S. from Mexico and their diligence as her main motivation, Diana plans to study civil engineering at University of Southern California with the goal of giving back to her community by building safe public utilities, such as roads, buildings and bridges. Diana will be a first-generation college student from her family.

Ms. Lissette Garcia is a graduate of McFarland High School, and plans to attend University of California, Los Angeles to study biochemistry. As a member of Advancement Via Individual Determination (AVID), Movimiento Estudiantil Chicano de Aztlán (MEChA), Associated Student Body (ASB) and the Roaring Leos, Lissete has participated in canned food drives, served as a math tutor, volunteered at the migrant program and elementary school function, and completed various fundraising activities. Lissette, whose parents she says embedded hard work into her, will be a first-generation college student.

Ms. Estefani Hernandez Dominguez is a graduate of Highland High School, and plans to attend Bakersfield College to study culinary arts. Estefani, who says her parents are the biggest influence in her life, is a deaf student who has not allowed her deafness to prevent her from succeeding. In high school she was the vice president of the deaf club and was an honor student her sophomore year. Estefani’s goal is to become a chef. She loves cooking food for family and friends, and dreams of some day owning a restaurant in Fresno and being the first deaf person with a Food Network television show.

Ms. Maria Lozano is a graduate from Reedley High School, and plans to study for an Associate of Applied Science (AAS) degree in medical assisting at Heald College. Maria was very involved in high school, being active with the Spanish Club, Advancement Via Individual Determination (AVID), California Scholarship Federation, Generation Green and was secretary of the Migrant Club, while volunteering in school and community activities. Maria came from Mexico to the U.S. when she was a baby, and refers to her parents as her heroes. She has dreamed of becoming a registered nurse for years. Maria will be a first- generation college student in her family.

Mr. John Taylor Ball is a graduate from Clovis West High School, and plans to attend California State University, Fresno to study agricultural business. During high school, Taylor was recognized as a Scholar of Academic Distinction, a high academic honor, while being involved in volleyball and basketball and serving the community through organizations such as Assisteens. Taylor’s family has a history in agriculture. His grandfather was a farmer in the San Joaquin Valley for many years. The combination of life experience and his family’s strong ties to agriculture have solidified his career direction and passion for agriculture, specifically the produce industry. Taylor has the goal of some day owning a thriving produce sales and marketing company in the Central Valley.

Ms. Adilene Gonzalez is a graduate from Hanford High School, and plans to double major in business administration and dairy science at California State University, Fresno. Adilene is known as a student who excels in academics and someone who demonstrates a concern for others through community service activities. Graduating with a 4.09 weighted GPA, Adilene was involved in the California Scholarship Federation and HHS Drama Club, and she devoted volunteer time to the local public library and a farm care program taking care of neglected animals. Her life-long goal is to some day administer her own dairy, continuing to keep the roots of agriculture in her family.

Ms. Julia Reese is a graduate from Clovis North High School, and plans to attend University of California, Davis to study plant science. Julia’s interest in agriculture comes from living in a farming region, her parents’ close ties to agriculture, and projects with 4-H and science fair during high school. Julia was a scholar athlete, graduating as a valedictorian while undertaking a number of co-curricular activities such as water polo, track and field and participating in youth court and key club, co-founding the French club and serving the community through a number of different organizations. Julia envisions her future working in a rural setting in a role that will help improve the production and efficiency of farming. She would like to work with grapes at the production level some day as a pest control advisor or fertility consultant.

Mr. Cristiano Alves is a graduate from Kingsburg High School, and plans to study agricultural and environmental plant sciences at California Polytechnic State University, San Luis Obispo. Cristiano balanced a rigorous course schedule with many activities such as water polo, involvement with Future Farmers of America (FFA), being his senior class president and a youth group leader and altar server for his church, and volunteering with Kingsburg Choir Crab Feed and Fresno Rescue Mission. His interest in agriculture comes from growing up on a farm and a unique opportunity he had through a vineyard maintenance project with FFA in which he was responsible for harvesting grapes, assessing crop fertility, weed management and pest control. Cristiano says some day he would like to become an agricultural pest control advisor.

Scholarships will be offered again next year, with applications for 2015 available in the fall of 2014 at www.grapesfromcalifornia.com.