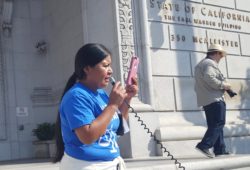 36
SHARES
ShareTweetSend to a friend

Radanovich stated, “Today we welcomed this long overdue decision. We are pleased and encouraged by the recent decision by the California Supreme Court, which affirms that the most important opinion in this entire matter, the prerogative of the employees will be heard.”

Radanovich continued, “Today’s court action would not have occurred without the determined effort of Gerawan Farming, Inc., the Gerawan family, and in particular, company President Dan Gerawan for defending his company and his employee’s right to choose. This fight has been long and arduous, but