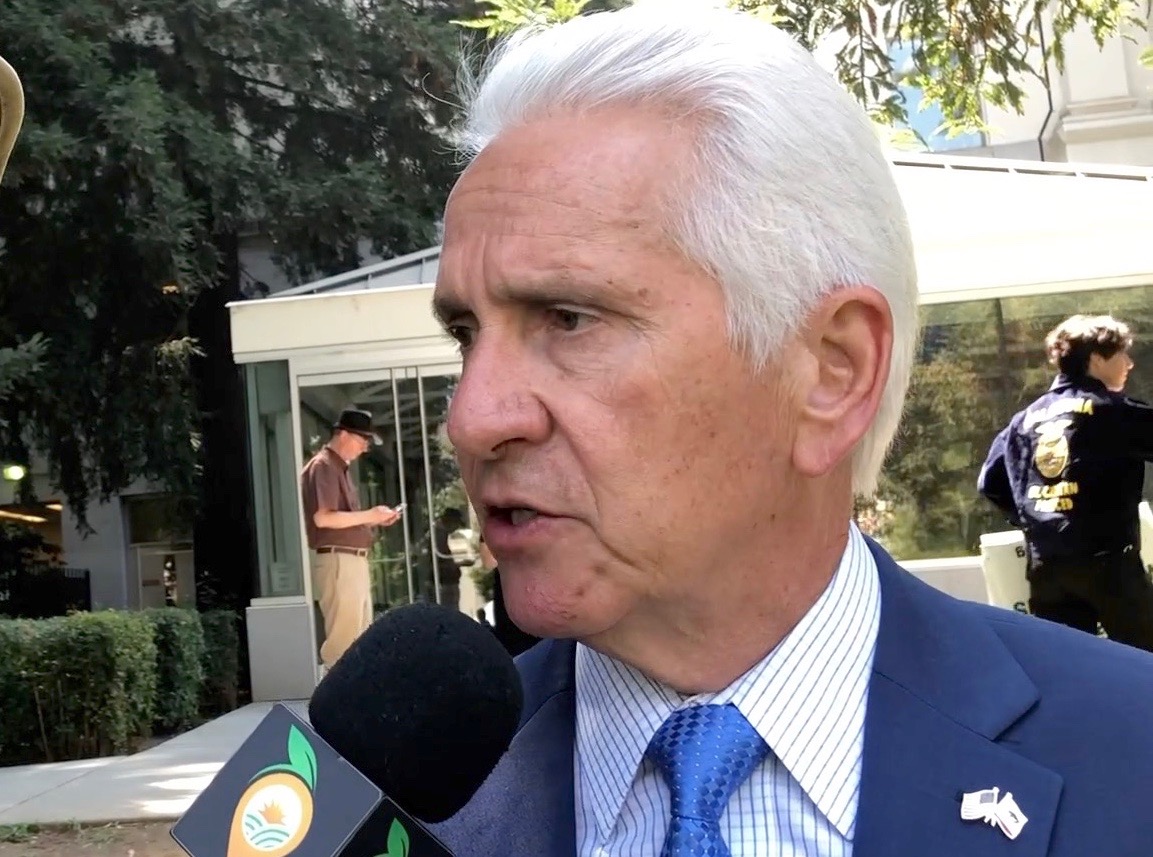 Feds and State Usually Do Not Work Well Together

California Ag Today continues our report on the recent water rally in Sacramento at the capital building. Farmers and stakeholders attended to protest the California State Water Resources Control Board Proposed Water Grab 40 percent of the water from the Stanislaus, Tuolumne, and Merced rivers redirected to increase flows for salmon.

U.S. representative for the 16th district Jim Costa explained how federal and state water projects would be drastically impeded.

Adam Gray, 21st district assemblymen representing Merced and Stanislaus counties, explained the fight with the water resources board over the years.

“For the six years I’ve been in the assembly, we have been fighting this fight with the state water board, and despite repeated concerns that we have raised, testimony that I provided and members of my community have provided, the state continues to ignore the concerns and the farmers are not happy,” Gray said. “We are going to raise our voices as loud as they need to be and talk to whoever we need to talk to to get a fair deal on this.”

“The irrigation districts have science-based plans that involve habitat restoration, water, rebuilding a river, and dealing with non-native predators,” he said. “It is not going to be easy, and it is going to take sacrifice to make a fair deal. All they want to do is take, take, take, and it is all water with no consideration for those other things.”

TIn recent months a crisis situation in the USA food supply has been growing and is about to assume alarming d...

Do you need more information about disease management in orchard crops? @UCIPM's guide to Fungicides, Bactericides, and Biologicals for Deciduous Tree Fruit, Nut, Strawberry, and Vine Crops has detailed information about material selection and application- http://ipm.ucanr.edu/PDF/PMG/fungicideefficacytiming.pdf

The dairy industry nationwide has embraced the Net Zero Initiative to be carbon neutral across the industry by 2050 while contributing to water conservation and water quality. @timhammerich @KarounDairies @RealCalifMilk

Foundational research for that initiative is happening in California to look at feed production and manure management.

USDA Radio Newsline Focuses Primarily on Midwest Animal Feed Crops They do not ...