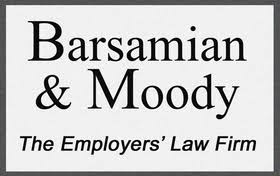 President Biden signed the Speak Out Act (“Act”) into law, which will limit the enforceability of pre-dispute non-disclosure and non-disparagement clauses relating to sexual assault and sexual harassment claims. This federal law makes agreements in which employees agree to keep confidential any unraised past, and future sexual assault or harassment claims unenforceable. It also makes non-disparagement clauses unenforceable to the extent they would limit an employee’s ability to comment on a sexual harassment dispute or a sexual assault dispute.

The Act applies only to non-disclosure and non-disparagement clauses in agreements (signed prior to or after the effective date) entered into before a sexual assault or sexual harassment dispute has arisen. This means the Act does not apply to separation and settlement agreements resolving claims an employee has already raised.

The Act also includes a carveout provision to protect trade secrets or proprietary information that may be present in employment agreements signed during the hiring process.

What This Means for Employers: