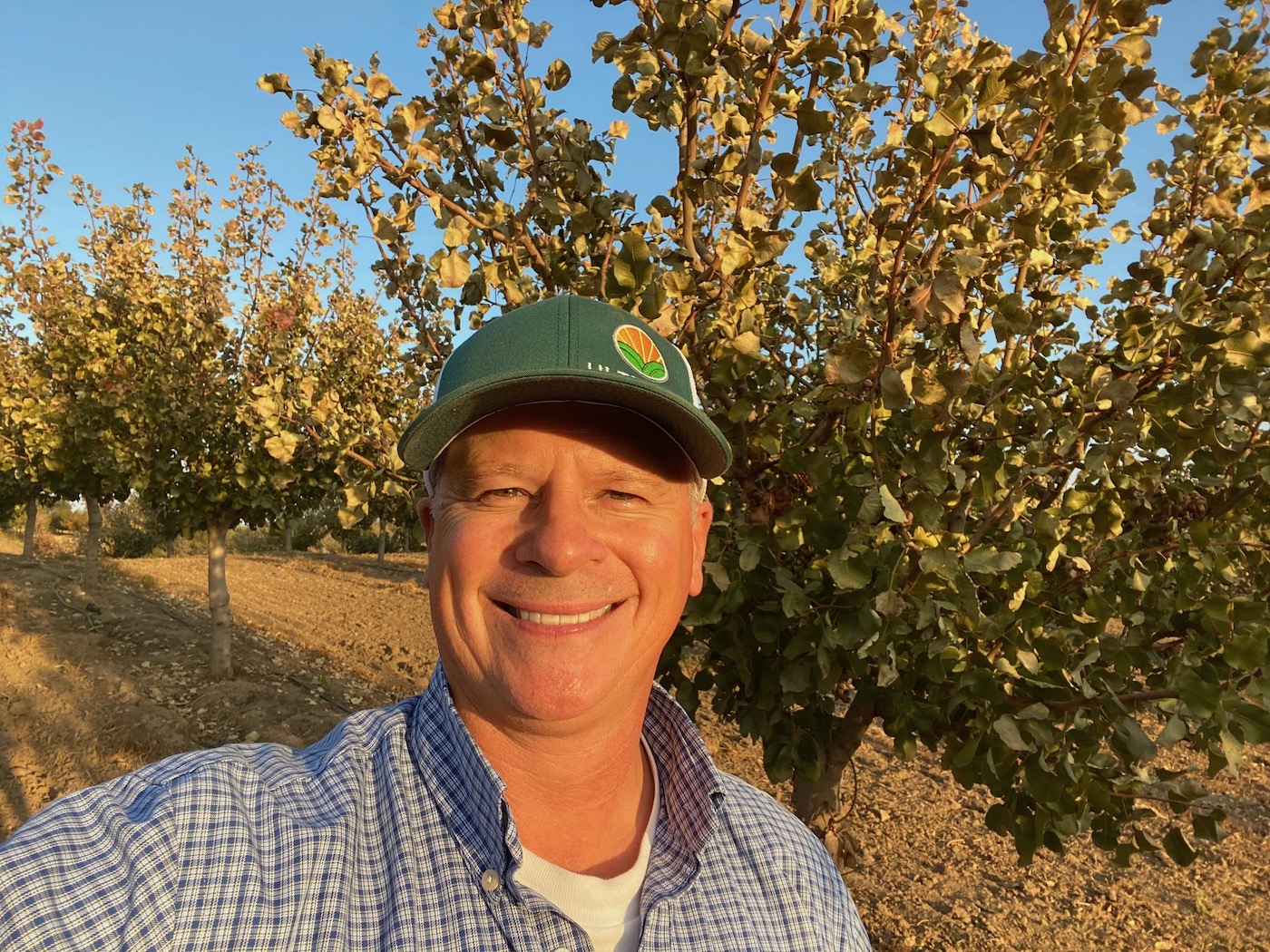 Increasing Marketing Efforts Ahead of the Billion Pound Pistachio Crop

And the APG Marketing team is aware that more families are preparing meals at home due to COVID pandemic so they organized five interact webinars with famous chefs for food writers and other influential people. All webinars featured famous chefs.

Rick Kreps is a new pistachio grower in Eastern Madera County, and he was featured in a video with Chef Wolfgang Puck for audiences in Germany and the US.

“I think they got excited about having someone as excited as I am to have the first crop actually come in after all six years of labor and blood, sweat, and tears to get to market, and then have someone like Wolfgang Puck taking your product and turning it into something special that everyone loves to eat,” said Kreps.

“It’s exciting to drum up some excitement and get more people cooking with pistachios,” said Kreps. “You know, pistachios have been used for centuries in Mediterranean cuisine, but for the most part, it was just kind of a luxury snack in the U S and now that we’ve got production this year, hopefully we’re going to get a billion pounds, we want to let the public know that there’s enough nuts to go out and eat. And it’s not just a luxury nut item, but a healthy snack.”

“Pistachios should be not an alternative, but probably your go-to snack and ingredient item. And especially the fact that we know pistachios have the complete proteins, or it is the most complete protein of any nut. I think people feel a lot better about not only eating a snack, that’s delicious, but also very good for you,” Kreps’s said.