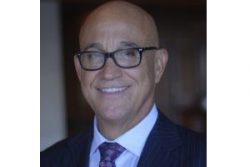 Poultry Industry Shines, Like a Canary in a Coal Mine

Bill Mattos, president of the California Poultry Federation, based in Modesto, reported the state's poultry industry is doing well despite new regulations and wage increases. “First of all," he explained, "it looks like chicken has taken over as the [category of] highest meat consumption now in the United States. It's getting more and more popular, so that's good,” Mattos noted.

“Also, the best thing is the industry seems to be weathering the Highly Pathogenic Avian Flu (HPAI) A (H5N1) storm," he continued. "In California, we're doing our due diligence with biosecurity. We don't have any Avian Influenza. We'll knock on wood for that."

“The industry is also enjoying lower feed costs. That's 60% of our cost, so that's good news," he added.

And, poultry industry employees have job security. “It doesn’t look like there will be fewer employees in the industry over the next few years, and we’d like to have more,” he said.

Notwithstanding the good news, challenges loom on the near horizon. “The Air Quality and Water Quality Control Boards are regulating a lot of different industries," Mattos observed. "They're starting to look at the poultry industry now that they have completed the dairy rules. We're very concerned about those issues, so we are trying to work with the boards to explain to them what we do and how our business runs,” noted Mattos.

“You will be seeing some new things coming out from the poultry industry as we look at the ramifications of the new minimum wage,” explained Mattos. “We can't compete with that. They are going to be taking a lot more percentage away from us, which may cost us some jobs if we don't work this out.”

“With the minimum wage hike, California lawmakers are trying to appease workers. But it really affects businesses. Ours happen to be mostly in the Central Valley, which is the hardest-pressed area for unemployment. It isn't a good place to have to follow wage requirements like you're seeing in San Francisco and Los Angeles. It frankly makes no sense in the Central Valley,” said Mattos.