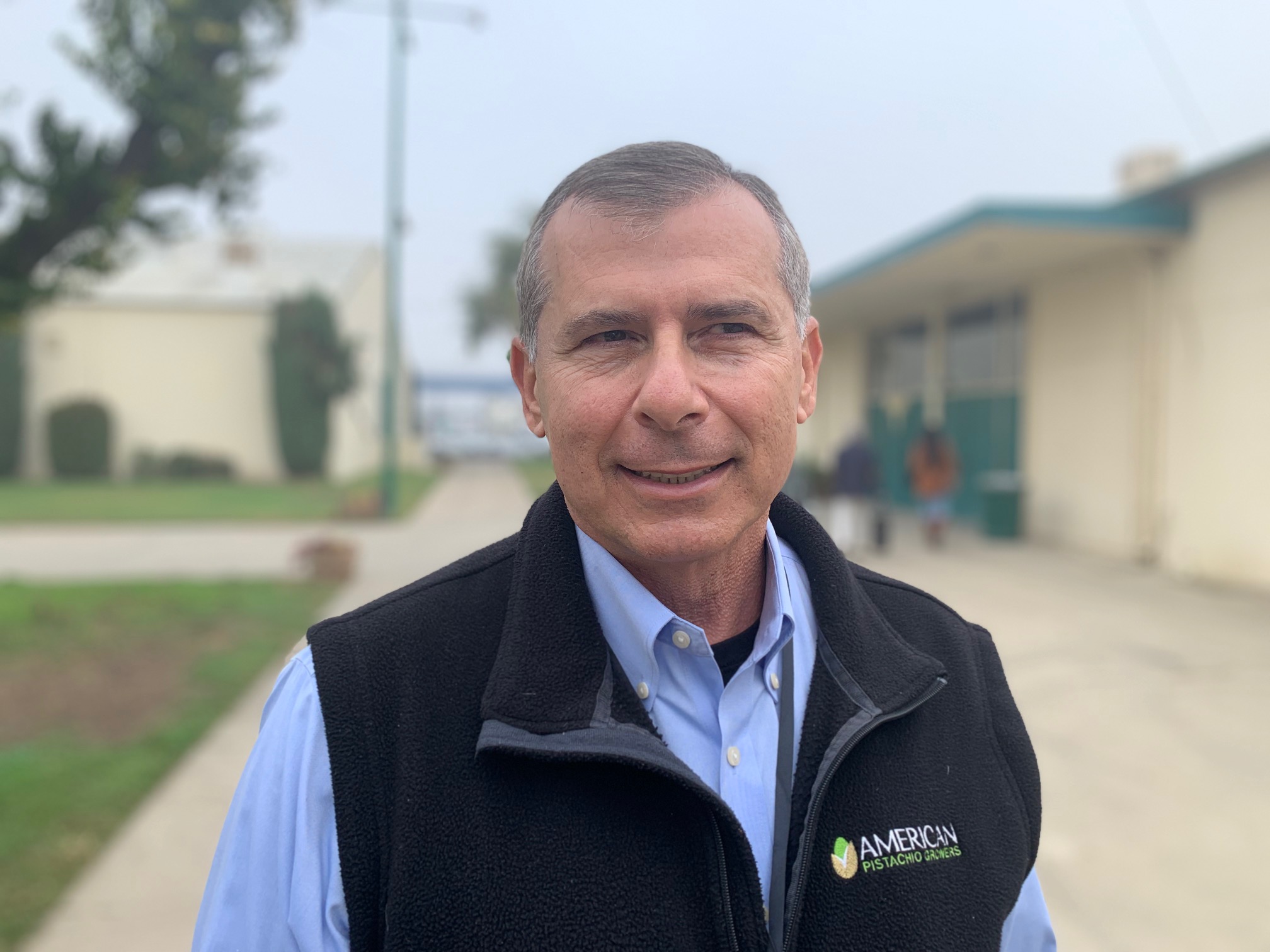 Pistachios are alternate bearing, meaning one year a heavy crop, the next year a lighter crop. But this year, an off-year came in very strong, according to Richard Matoian,  President of American Pistachio Growers. “It came as a surprise to everyone that this crop for 2021 is as large as it is. We certainly don’t have the final numbers in, but everyone is expecting it to end up somewhere between 1.15 to 1.2 billion pounds, which would be larger than the record crop we had in 2020, which was just over a billion pounds,” noted Matoian.

Matoian said they’ll have a better picture of this new crop in the next few weeks. And we asked Matoian what the theory is, what could cause this off-year crop to be such an on-year volume of crop? “So, what we saw in 2021 is that the individual nut size is smaller, and that has to do with the warm spring that we had and in some of the hot weather conditions, probably the lack of water in many of the growing areas as well. But despite the smaller-sized nuts, the trees produced at a pretty high level,” explained Matoian.

Matoian said he’s been talking to growers about it. “Growers in the on-year in 2020, didn’t have as large an on-year crop, and so that’s why we think that the trees just had enough capacity to produce at pretty high levels this year,” he noted. And of course, adding to the increased production was thousands a new acres of pistachio crop coming into production this year.

Richard Waycott is President and CEO of the Almond Board of California. He noted the importance of UCANR Farm Advisors. @almondboard

Richard Waycott is President and CEO of the Almond Board of California. He noted the importance of UCANR Farm Advisors.

We are Grateful for  California Farmers Thank You!   By Patrick Cavanaugh, Editor  It’s morning, and as ...

US EPA and Army Propose New WOTUS Rule. HOPEFULLY, the Feds can come up with a better definition of navigable waters that makes sense, and that it will not hurt farmers that provide all of our food!
@PistachioPower @JoeDelBosque
@AllianceofCAFR

USDA is accepting applications for the Pandemic Response and Safety (PRS) Grant Program. Applications must be submitted electronically through https://usda-prs.grantsolutions.gov/usda by 11:59 p.m. ET on Monday, TODAY. Approximately $650 million in funding is available for the PRS grants.

Danielle Rutkowski, UC Davis doctoral student, is framed by the award she won at the Entomological Society of Amer...

Trying to survive the Thanksgiving food scene?! Keep a bowl of fresh #GrapesfromCA out on the counter while cooking for guilt-free snacking before indulging in your holiday dishes.

Go with #GrapesfromCA for a snack that won't leave you feeling guilty this holiday season!