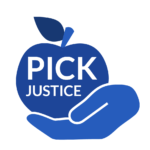 Today, Pick Justice Action, an organization of concerned citizens who support the rights of farm workers, launched a sweepstakes to highlight the anti-farm worker record of Assemblywoman Lorena Gonzalez-Fletcher. Participants will have the opportunity to answer questions about how Gonzalez-Fletcher failed immigrant farm workers at truthaboutlorena.com and, if they get every question right, will be entered into the running for a chance to win $5,000.

“The people of California, particularly farm workers across the state, have a right to know about the anti-farm worker votes that Gonzalez-Fletcher has taken,” said Pick Justice Spokesperson Jesse Rojas. "Despite her rhetoric, she has constantly stood against farm workers, and instead favored big labor union bosses. This sweepstakes is another way Pick Justice Action is aggressively informing the hard-working people of our state about the real record of Gonzalez-Fletcher.”