Peracchi Steps Down as President of Westlands 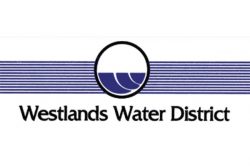 Peracchi Steps Down as President of Westlands

Dan Errotabere is Now President of the District

Mr. Peracchi stated, “It has been an honor to serve as Westlands’ President, and I am proud of the District’s accomplishments over the last several years. These include the District’s role in passage of the WIIN Act, its role in negotiating revisions to the Coordinated Operations Agreement, conversion of the District’s water service contract to a repayment contract, and development of the groundwater sustainability plan. The District has a well-functioning Board supported by competent, dedicated staff. I believe it’s time to provide another Director with the opportunity to serve as President of the District.”

Tom Birmingham, the District’s general manager, stated, “On behalf of the staff, I want to express our appreciation to Mr. Peracchi. Few people understand the time commitment required to serve as Westlands’ President; it is a full-time job. Mr. Peracchi led the District through difficult times, when drought and regulatory restrictions severely reduced water supply, but because of his leadership on the Board, the District is in a good position.”

Mr. Errotabere stated, “Don Peracchi leaves big shoes to fill. He did an incredible job of leading the District through difficult times. I am gratified that the Board has confidence in my ability to continue the course set by Don and the Board.”

Mr. Peracchi has served as a Director of Westlands since 2008 and was elected President in 2011. He will remain on the Board of Directors. Mr. Errotabere, who previously served as Westlands’ President from 2002 through 2005, will begin his second term as President of Westlands on January 1, 2020.

Westlands is a public water district governed by a nine-member Board of Directors. Elections for the Board are held every two years and Directors are elected to four-year terms in office. The Board elects the District President and appoints other officers.

Westlands Water District is the largest agricultural water district in the United States, made up of more than 1,000 square miles of prime farmland in western Fresno and Kings Counties. Under federal contracts, Westlands provides water to 700 family-owned farms that average 653 acres in size.