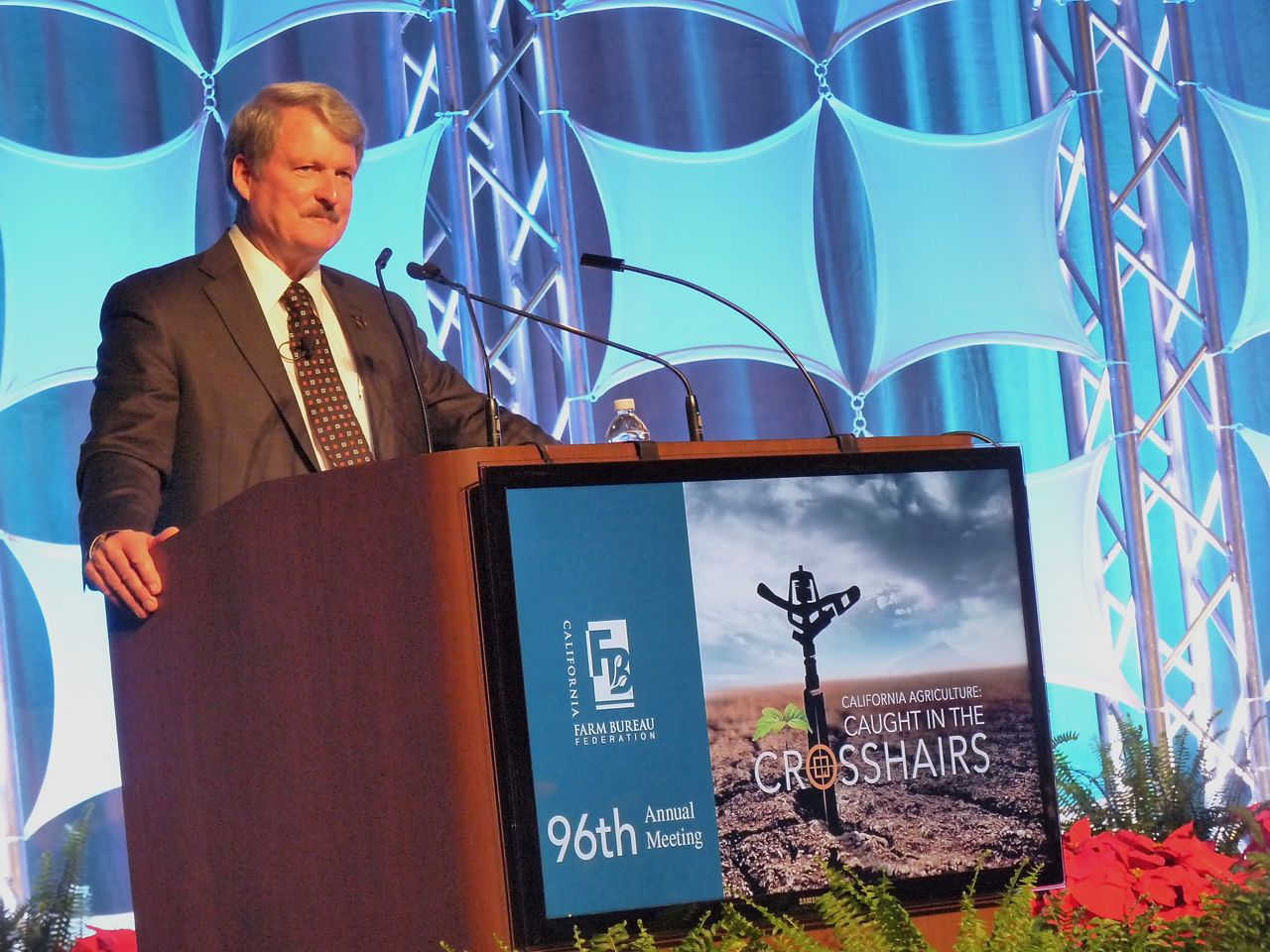 9
SHARES
ShareTweetSend to a friend

Farmer Paul Wenger on His Past Role as Farm Bureau President

Paul Wenger is a third generation farmer producing almonds and walnuts in Stanislaus County, and he is the past president of the California Farm Bureau Federation. California Ag Today recently caught up with him and asked him about that tenure heading up the largest agricultural state’s farm bureau.

“It's been a real honor and a privilege to represent California agriculture through the Farm Bureau,” Wenger said. “We are the largest general ag organization and certainly, we don't replace any of our commodity groups or other organizations, but at times you need that organization that can consolidate the entire state.”

“The diversity of our crops, 250 different commodities north, south, central, east and west, and [to] be able to advocate in Sacramento and Washington, D.C., and bring everybody and consolidate that into a singular voice has been a challenge because sometimes we all like to look our own direction. However, we need to think holistically,” he said.

Wenger learned a lot on a trip to Australia.

“The growers there allowed themselves to be divvied up by region and by commodity. They lost control of their water and it was separated from their land, and we certainly can't have that happen here,” he said. “So just having the ability to bring people together for a singular focus to advocate for agriculture has been a real high spot.”

Wenger said, of course, he's still a part of farm bureau, but when he left that presidency, he had a message.

“The biggest message is we don't have to accept what's happening to us as being inevitable, and a lot of people say we can't change things, and that's apathy. With farm bureau, we have elected boards of directors in 53 counties representing our 58 counties,” Wenger said. “Trust those folks to have the same vision that you would have if you were sitting there. Even better, why don't you get involved and get out there? So my message to farmers and ranchers is we can make a difference to just sit back and do nothing. We should not do that. We cannot do that."

And Wenger said not having to do the day-to-day duties of the president of the California Farm Bureau, it leaves more time to farming.

“We've got some opportunities to expand the farming operation, and we do a lot of custom work, so I'm looking forward to getting back on the farm, but I can't just shut it off either,” he said.

“When I read the paper and see the news, it makes you want to go to battle with some of these other groups that are always countermanding what we do or the legislature that is just not getting it right. Sometimes it's kind of hard to say you have a lot of wins, but if we can just keep ourselves in the battle, that gets us farther down the road and maybe it gets better next year.”