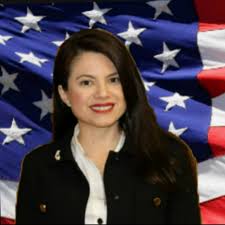 This is the third and final part of a three-part series with Rachel Martin, the national chairperson of Homeland Security for the National Federation of Republican Women, on the importance of creating a political action committee (super PAC) to combat extreme environmentalists in order to save forests, wildlife, and ag suffering from limited water allocations during this extensive drought.

Martin discussed how groups in addition to agriculture are suffering due to the limited water allocations and environmental regulations that prevent forest maintenance, such as logging, thinning of the forests and controlled burns, the lack of which leaves forests vulnerable to wildfires that burn thousands of acres and kill protected animals annually. “The Super PAC that I’ve been putting together since February is bringing together law enforcement and fire fighting agencies," Martin explained. "We’re also bringing in animal organizations; we’re just waiting for their board approval.”

Through combined funding, Martin hopes the Super Pac will  begin to rival the environmentalists who have already joined together to lobby for what they want. “We’re looking for associations and unions to get together and pool their money,” Martin said, “because that is what has helped the environmentalists get to this point--which is having almost total control of California. It’s lobbying, having the money, and joining forces to fight and pave their way through Sacramento and Washington to get their laws and their amendments approved. Yet we have a lot more people who are suffering, a lot more groups, organizations and animals that are suffering and dying because of the lack of water.”

Martin said she has been appealing first to those outside of agriculture to form her Super PAC and hopes the ag community will join in. “I figured ag is already in the fight,” Martin stated, anticipating strength in combined numbers and funds.