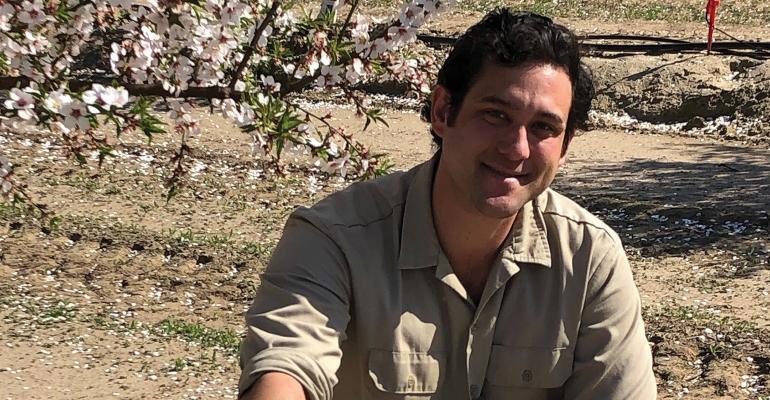 The central San Joaquin Valley has a new University of California Cooperative Extension orchard crops advisor who once took part in research into the way people pronounce the word “almond.”

Cameron Zuber, a UCCE staff researcher in Merced County since 2016, has been named the orchard crops advisor for Merced and Madera counties.

He will cover a variety of crops in Merced County, including walnuts, almonds and pistachios as well as figs and stone fruit, and will work with walnut growers in Madera County, according to the university.

Among his contributions to UCCE has been to keep alive a project on how Californians pronounce the word “almond” and mapping where they live, color-coding whether they pronounce the “l.”

The website https://ucanr.edu/sites/sayalmond was started by a marketing and social media expert who left the UC’s Division of Agriculture and Natural Resources a few years ago, spokeswoman Pamela Kan-Rice said.

Zuber earned his bachelor’s degree in environmental biology and management from UC Davis and a master’s in environmental systems from UC Merced before joining the university as a researcher.

For orchard crops, he has worked on fumigants and other soil pest controls, rootstocks and scion varietals, cultural practices related to tree spacing and whole orchard recycling, according to the university.

He also has experience in water management, having studied flood irrigation for groundwater recharge, irrigation and soil, water and air interactions.

Zuber began his new position June 6, joining a growing team of Extension advisors and specialists as UCANR has received increased funding from Gov. Gavin Newsom and the state Legislature.

He was one of seven new advisors recently announced by the university, with others bringing expertise in wildfire, grapes, small-scale farms and youth development.

Among other advisors working with growers, Joy Hollingsworth began as the new table grape advisor serving Tulare and Kings counties on May 16; Kirsten Pearsons started as small farms advisor in San Luis Obispo and Santa Barbara counties on March 1; and Ricky Satomi joined UCCE Sutter-Yuba on March 15 as an area forestry and natural resources advisor in the Western Sierra Nevada region.