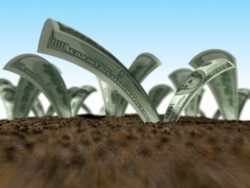 On Feb. 23, 2021, the U.S. Department of Labor published the Adverse Effect Wage Rates (AEWR) for 2021. The new AEWRs go into effect immediately, meaning any H-2A workers or U.S. workers in corresponding employment, get an immediate pay raise.

The new wage rates are identical to those projected here:

The AEWRs are the minimum rates the DOL has determined must be offered and paid by employers to H-2A workers and workers in corresponding employment based on a particular occupation and area.

The DOL was ordered to publish new AEWRs this month after a U.S. District Court granted an injunction, effectively killing the rule that would have frozen the 2020 AEWRs for two years. The rule would have also adjusted how wages would be determined after 2023.

Wage rates were scheduled to be adjusted based on the Bureau of Labor Statistics’ Employment Cost Index, instead of the Farm Labor Survey.  The UFW has also asked the court to award backpay to H-2A employees who have worked under the 2020 wage freeze since the injunction was issued. That question remains unsettled.

All employers with H-2A contracts now in effect should adjust their payroll systems to reflect the new AEWR. Western Growers H-2A Services has begun filing H-2A applications reflecting the new AEWRs in filings on behalf of its clients.