“My Job Depends on Ag” is Growing 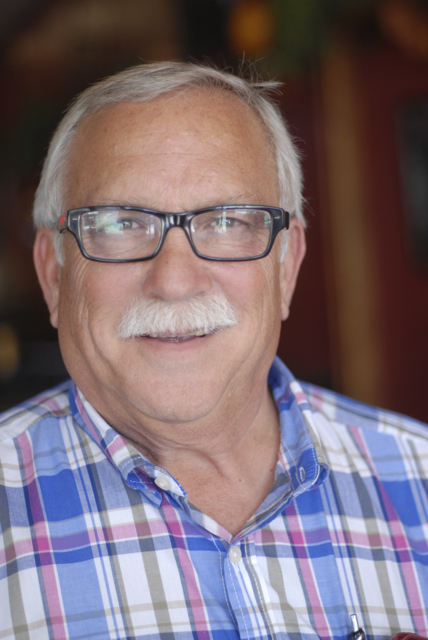 “My Job Depends on Ag” is Growing

Steve Malanca on the Future of "My Job Depends on Ag"

Three months ago, a grassroots effort to spread the word of agriculturalists began in the form of the movement, My Job Depends on Ag. The organization held its first meeting this week at Harris Ranch in Coalinga with 50 members in attendance to discuss the future of the group.

Steve Malanca, co-founder of the movement, said his hope for the organization is to educate the consumer, as well as to unite the ag community. Malanca also sells agriculture equipment for AGCO.

“We really feel that educating the non-ag community about who we are and where our food comes from is very important,” Malanca said.

“We want to unite the ag community so that we all are represented together,” Malanca continued. “We want to encompass everybody—the organic farmer, the commercial farmer, the trucking company, the logging industry. But everybody that’s involved in ag we want them to know that we all have a stake in this, and if we can all come together and be as one, I think that we’ll be able to hopefully give a message to the general public that we have a need for people knowing where their food comes from.”

Malanca hopes to host a My Job Depends on Ag Festival in the future. The group is considering Los Banos as a location for the potential festival due to its accessibility with an airport, several hotels and a nearby fairgrounds for the event.

“We want to, perhaps, have ag tours around the city of Los Banos,” Malanca suggested, “and have buses available for people who aren’t familiar with ag to take a ride and come see what kind of crops are grown and how they’re done."

“An historical pavilion would be nice to show people the history of agriculture, and California—not just central California, but the entire state,” Malanca stated, “and we’d bring in some big time entertainment and food, of course. And we’d have a way for everybody to be proud of what they do and to show people where their food comes from.”

Malanca said he hoped the group’s decal could be an icon that symbolized the importance of agriculture.

“We’re grateful for the response we’ve had with our decals,” Malanca said. “We hope that little decal being shown on people’s vehicles and equipment will be a sign or a vision for people to see where they’re food comes from and know that we are a huge community and that we are good people. Ag is good, and ag is where you’re food comes from.”