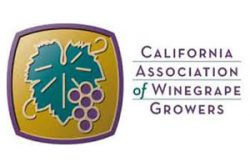 The California Association of Wine Grape Growers (CAWG) has selected its 2016 Grower of the Year, Jerry and Bruce Fry of Mohr-Fry Ranches, who will be presented with the award at the CAWG Awards of Excellence Program in Monterey on July 20, 2016. The Grower of the Year Award is the highest honor given by the association to an individual, family, or company that represents an outstanding example of excellence in viticulture and management.

John Aguirre, president of the organization, offered some background on this year's award winners. “Jerry and Bruce are icons of the Lodi wine grape growing community. They do not own a winery, but they are long-time vineyard agriculturalists and have a long history of community leadership, and involvement in agricultural organizations,” Aguirre said.

Mohr-Fry Ranches was one of the original six Lodi growers to certify their vineyard under the Lodi Rules for Sustainable Wine Growing. Jerry Fry is the president and CEO, and Bruce Fry is the vice president of operations of the family-run Mohr-Fry Ranches. The father and son are two of the most respected growers in the Lodi wine grape community and also dedicate an enormous amount of time serving the industry in their community.

“Jerry was a past chairman of CAWG, and Jerry and Bruce have both been deeply involved not only with CAWG, but with the California Farm Bureau Federation, the Lodi District Grape Growers Association, and the Lodi Wine Grape Commission,” said Aguirre. “They really embraced the idea that working as a community is essential to the strength of agriculture.”

“Jerry was really visionary in terms of developing Lodi into the powerhouse that it is today. Arguably, Lodi occupies one of the most critical positions in the winegrape industry in its ability as a region to produce high-quality grapes that are sought by Napa winemakers to blend into Napa wines,” noted Aguirre.