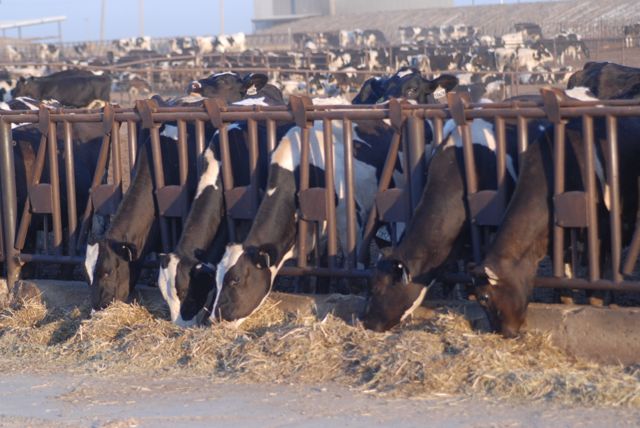 "Dairymen in other parts of the country have expressed concern that if California dairymen were paid more for their milk, they may go ahead and produce more milk,” Van Nortwick said. “California is a milk-making machine with comparatively fewer dairies. More milk on the market has been proven to create volatility and huge price fluctuations up or down, depending on demand. So California producers' getting paid more and producing more milk would reduce the price of all milk throughout the country.”

“We found that 2-3% too much milk in the market at any one time can create up to a 40% reduction in price paid to producers," Van Nortwick explained. "And of course, California is not the only overproducing state; Wisconsin, Minnesota and other midwestern states are also overproducing at this time."

Van Nortwick also pointed out, “Domestic demand is strong, but exports have shrunk by about 50%, which is about 8% of last year’s market. So when you add an 8% oversupply of milk volume to the market as we broach the time for holiday season orders, and there are strong indications that inventories of milk, butter, powder, and cheese are rising across the country, prices paid to producers will fall.

“Nobody needs prices to go any lower,” stated Van Nortwick. “Our counterparts in New Zealand, Australia, and the European Union are suffering mightily, even more than we are, with record-setting low prices because they think they can just produce more than they can sell. If you produce more than you can sell, you are going to take a hit, and unfortunately it is the producers who end up taking that hit.”