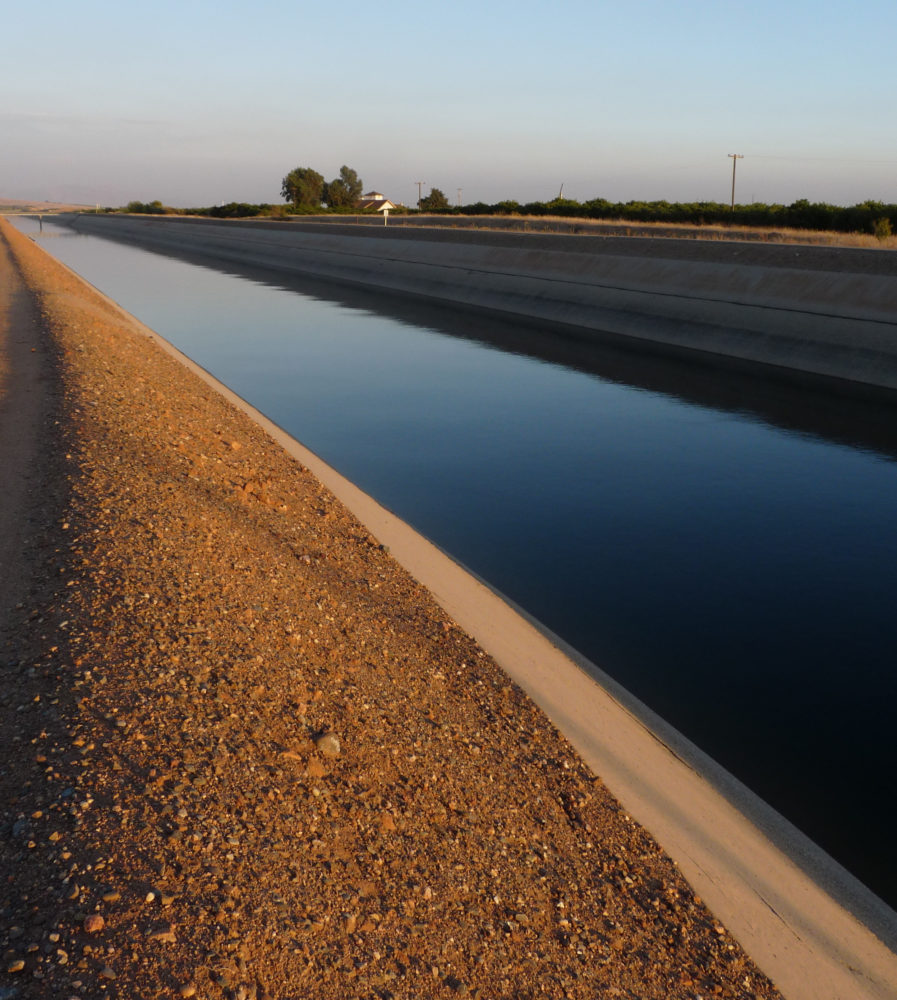 On Monday, the U.S. Bureau of Reclamation sent Congress the final Feasibility Report under Section 4007 of the Water Infrastructure Improvements for the Nation (WIIN) Act for the Friant-Kern Canal Middle Reach Capacity Correction Project. This marks a critically important step forward in restoring lost water capacity to the communities served by eight irrigation and water districts along the Friant-Kern Canal.

“Water is the lifeblood that supports our communities and the food we grow on the eastside of the Central Valley,” said McCarthy. “However, subsidence on the Friant-Kern Canal is adversely impacting many communities’ ability to get the water they contract and pay for through the canal, including in Kern and Tulare Counties.

“I want to commend Interior Secretary David Bernhardt and Bureau of Reclamation Commissioner Brenda Burman for their work on finalizing this feasibility report, which under the WIIN Act, now makes this project eligible to receive construction funds from Congress. I also want to thank Friant Water Authority Chairman Chris Tantau, CEO Jason Philips, and other local stakeholders for their support and commitment to advancing this project.

“There is still work to be done, but Reclamation’s actions today represent a significant milestone in supporting the more than one million acres of farmland that provide sustenance to the United States and across the globe.”

The following statements were also issued on the feasibility report:

“Thanks to President Trump and Leader McCarthy, today’s resulting action furthers the Trump Administration’s commitment to America’s hardworking farmers who need water to feed our nation. Earlier this year, President Trump and I joined Leader McCarthy and other elected officials in the House in Bakersfield where the President signed the ‘Memorandum on Developing and Delivering More Water Supplies in California,’ directing the Department to invest in western water infrastructure and provide water to California’s communities and farms.” – Interior Secretary David Bernhardt

“Addressing reliable water and power delivery in the west is a top priority for the Trump Administration, and the 50-year old Friant-Kern Canal is front and center. Restoring the capacity along the middle stretch of the canal is critical to providing reliable water supplies to one of the most agriculturally-productive regions in the nation. Thank you Leader McCarthy and colleagues for your strong support for the Friant-Kern Canal Middle Reach Capacity Correction Project." – Reclamation Commissioner Brenda Burman

“On behalf of Friant Water Authority and its members, I want to thank Secretary Bernhardt, Commissioner Burman, Leader McCarthy, and our other federal partners and congressional representatives who have helped maintain momentum for reaching this critical milestone. The nearly 15,000 farms and dozens of communities who rely on the Friant-Kern Canal are deeply appreciative of your leadership and support for this project, which is absolutely critical to maintaining jobs and economic prosperity for our agricultural communities in the San Joaquin Valley.” – Friant Water Authority Chairman Chris Tantau

“For nearly three years, Friant Water Authority staff and team of consultants have been working in partnership with the Bureau of Reclamation to assess the magnitude of the Friant-Kern Canal’s conveyance challenges, and developing alternatives for addressing it. This final study not only affirms that this project is feasible, but that it provides a high value for investment by local and federal partners.” – Friant Water Authority CEO Jason Philips

“As the southernmost district on the Friant-Kern Canal, the cumulative effects of the canal’s constriction land at our doorstep. And, as the single largest Class 2 water contractor, we live and die by our ability to recharge groundwater aquifers using canal supplies. With the feasibility study now complete, we can move forward to repairing the canal and restoring needed water supplies for our farmers and small communities who rely on the recharge water it delivers.” – Arvin-Edison Water Storage District President Edwin Camp

“Even if your job doesn’t have anything to do with agriculture, if you live in the San Joaquin Valley, water matters to your quality of life.  Today’s milestone is a critical step in implementing a project that will help our region thrive as we work towards long-term groundwater sustainability.” – Porterville Irrigation District Chairman Eric Borba

“The full utilization of our existing water conveyance infrastructure, which includes the Friant-Kern Canal, is paramount to the long-term economic viability of production agriculture in the San Joaquin Valley. The Kern County Farm Bureau, its Board of Directors and members, and the communities it serves depend on accessibility to surface water supplies in order to maintain one of the most productive agricultural regions in the world. Therefore, the Kern County Farm Bureau is in full support of restoring the capacity of the Friant-Kern Canal, and is encouraged by Bureau of Reclamation’s development of the final feasibility report that will help make this into a reality.” – Kern County Farm Bureau President John Moore

“This repair is an essential project so that growers serviced by the Friant-Kern Canal can continue the essential service of producing food. As SGMA groundwater restrictions loom, every gallon of surface water provided is one less gallon of groundwater extracted.” – Tulare County Farm Bureau President John Guthrie