The Quick Math on Navel Orangeworm

The Quick Math on Navel Orangeworm 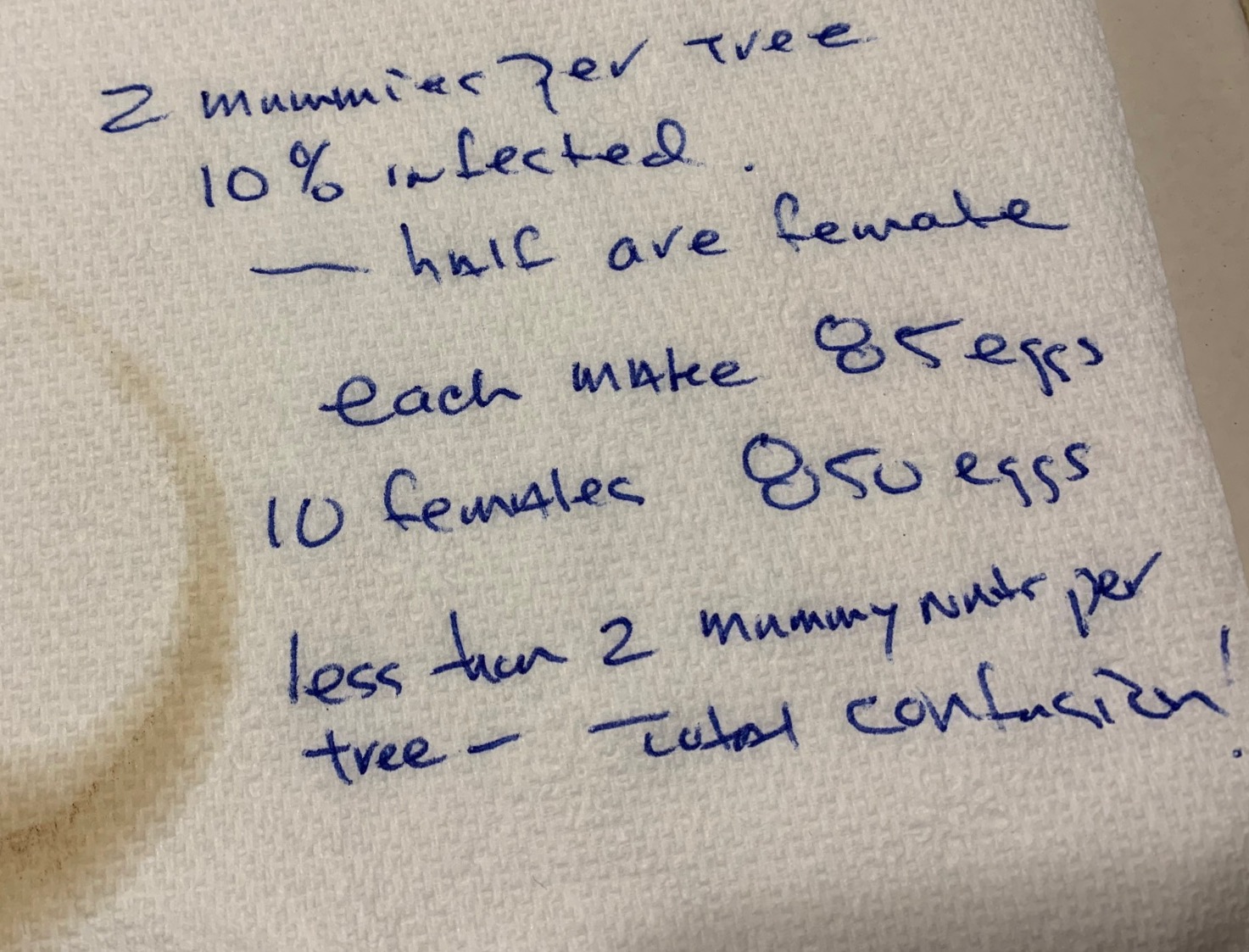 The Math on Navel Orangeworm Sanitation

By Patrick Cavanaugh, with AgInformation Network

Get a napkin out. Let’s do some math on navel orangeworm sanitation. The numbers really matter.

David Haviland is a UCANR Cooperative Extension Entomologist in Kern County. “I just want to do a little bit of a back of a napkin math. Just think about this scenario. If you’re down to two mummies per tree, if 10% of those were infested, you assume that half of any worms in there are going to be females. And each of those females, when it comes out, it’s going to make 85 eggs. Just roughly look at that scenario,” noted Haviland.

“In that case within an acre, you’re going to have 10 females that are all coming out at different times that are all competing to lay 850 eggs. And they’re trying to do that in 200 nuts. They’re also trying to find mates in the process,” explained Haviland.

“And if you think about it, each one of those females, in order to lay 85 eggs, they have to find a nut in a tree, fly around the tree, find another nut, lay an egg, and so on. They literally have to fly to 42 different trees to lay one egg in each nut, if you’re down to two nuts per tree,” he said.

And that’s the goal with sanitation, no more than two mummy nuts per tree. “So, you know, all that’s being done uncoordinated, of course, sometimes they’re flying back to the same nuts. Sometimes there’s a nut that isn’t even suitable. Sometimes there’s already an egg in that nut,” Haviland said.

Haviland noted: You’re just creating a lot of chaos! “When you can get under two mummies per tree,” he said.

“And when you think about it, any egg that you prevent from being laid in May is one less moth at hull split. So, sanitation is extremely important and we do recommend that everybody do their best attempt,” he said.

According to a survey from the Alliance for Food and Farming (AFF), there is almost unanimous agreement among registered dietitians (RDs) that it is important for consumers to know that conventionally grown produce is safe because not all consumers can afford to buy organic. ...

CPDPC and CPDPP Continuation Approved By order of the Secretary of the California Department of Food and ...

Grower Stuart Woolf is wondering what happen to all the reservoir water that was so plentiful a few years ago? @woolf_farming @almonds @almondboard #Drought21


What Happen to All the Reservoir Water? - AG INFORMATION NETWORK OF TH

Stuart Woolf is President and CEO of Woolf Farming Co. in Huron, Calif. He question where did all the water go...