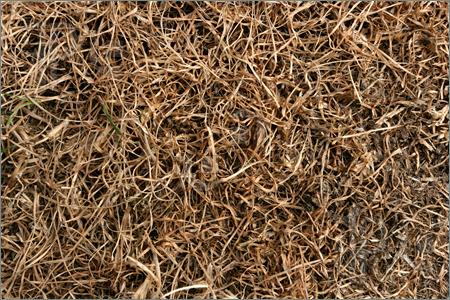 As the agricultural sector does its part in coping with curtailed water allocations and conserving what remains, an emergency regulation to increase conservation practices for all Californians went into effect TODAY. The new mandatory water conservation regulation targets outdoor urban water use. In some areas of the state, 50 percent or more of daily water use is for lawns and outdoor landscaping. This regulation establishes the minimum level of activity that residents, businesses and water suppliers must meet as the drought deepens and will be in effect for 270 days unless extended or repealed.

The regulation, adopted by the State Water Board July 15, and approved by the Office of Administrative Law July 28, mandates minimum actions to conserve water supplies both for this year and into 2015. For more information please visit the Conservation Regulation Portal.

In “The Public Eye: Voluntary water conservation not effective, data show,” Matt Weiser and Phillip Reese confirm, “only mandatory conservation measures, backed by a threat of fines, seem to prompt consumers to save.”

Most significantly, water agencies working under mandatory water conservation regulations used fourteen percent less water in May 2014; whereas, other agencies increased usage slightly. And, seventy-five percent of water districts north of the Grapevine reduced usage compared to previous years, while only thirty percent of those south showed reductions.

Now let's put this into perspective, the authors say that, for instance, Santa Ana residents, each, consume 108 gallons of water daily versus Sacramento residents, who use 218 gallons each. Likewise, San Francisco residents increased their water consumption in May, but they use forty-nine gallons daily, and of course,they do not have substantial landscaping to nourish.

With this regulation, all Californians are expected to stop: washing down driveways and sidewalks; watering of outdoor landscapes that cause excess runoff; using a hose to wash a motor vehicle, unless the hose is fitted with a shut-off nozzle, and using potable water in a fountain or decorative water feature, unless the water is recirculated. The regulation makes an exception for health and safety circumstances.

Local agencies could ask courts to fine water users up to $500 a day for failure to implement the conservation requirements of the regulation, in addition to their existing authorities and processes.

In addition, Governor Brown has called on all Californians to reduce their water use by 20 percent and prevent water waste and has signed a bill that bars state homeowners associations and common interest developments, such as condominiums, from fining residents for drought-respectful brown lawns. As yet, all other homeowners are not protected.

Visit SaveOurH2O.org to find out how everyone can do their part; Drought.CA.Gov to learn more about how California is dealing with the effects of the drought, and Saveourh2o.org/report-water-waste to report state agency water waste.