The Late Jim Gray of CropLife is Honored 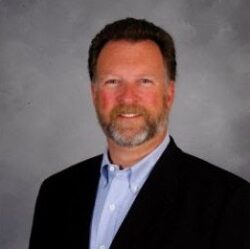 The Late Jim Gray of CropLife is Honored

During the recent CropLife America 2020 Annual Meeting, the Industry Task Force II on 2,4-D Research Data’s own Jim Gray was honored with receiving the Lifetime Achievement Award, in memoriam. This award recognizes someone who has dedicated their life to successfully defending the pesticide industry with passion and professionalism.

“Jim was a great friend and resource to the agricultural community.” said Task Force member Everett Mealman, “It is wonderful to have his many contributions honored with the CropLife America Lifetime Achievement Award.”

Jim served as the Executive Director of the Industry Task Force II on 2,4-D Research Data for 12 years, from 2007 until the moment of his passing in November 2019. He was considered the heart and soul of the Task Force, bringing sharp wit, a broad smile, and an inexhaustible knowledge of all things 2,4-D. His extraordinary ability to connect with those around him and introduce people who share a common interest in agriculture and a love for the land was felt throughout his travels from Europe to North America to Asia.

While it is a great honor, it comes as no surprise that the late Jim Gray is celebrated as a dedicated individual who worked tirelessly on behalf of agriculture in America and around the world. Jim was an exceptionally well-respected member of the agribusiness community across the United States. Throughout his decades-long career he received many awards and accolades such as the North Star Award from the Western Agricultural Chemical Association in 1994, the Outstanding Supporter Award from the Missouri Corn Growers’ Association in 2003, and the Agriculture Ambassador Award from CropLife America in 2016, among others.