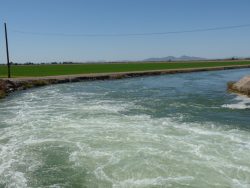 On Friday, the Imperial Irrigation District filed a legal brief with California’s Fourth Appellate District Court in its appeal of a local court’s decision challenging the district’s water rights.

The appeal is in response to the August 2017 decision by an Imperial County Superior Court judge against the district that invalidated IID’s method of apportioning water, known as the Equitable Distribution Plan.

That judgement also encompassed other provisions of great concern to IID, including a fundamental misunderstanding of the nature of the water rights held by IID and other legal errors that could jeopardize the Imperial Valley’s historic water rights and restrict the district’s ability to provide reliable water supplies to all of its customers in the future.

In its combined reply and response brief, the district argues that IID “legally acquired and owns the water rights to the Colorado River water that it diverts and delivers to the Imperial Valley,” and that those rights are held by IID “in trust for its uses and purposes” under irrigation district law.

IID was therefore, “well within” its powers when it adopted the EDP to apportion water to all its water users.

“The outcome of this case will dictate the future of the Imperial Valley’s water rights and who controls them,” said IID Board President Erik Ortega. “For the IID, this case is about many things but none more important than protecting and managing this resource for the benefit of all water users.”

The IID Board of Directors is expected to address the brief in open session during its meeting next Tuesday.

More information about the suit can be found at: