Hundreds of Studies Point to Glyphosate Being Safe 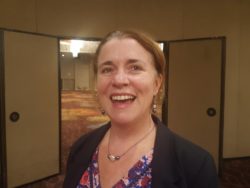 Hundreds of Studies Point to Glyphosate Being Safe

247
SHARES
ShareTweetSend to a friend

Glyphosate herbicide, produced under the well-known brand of Roundup, or any of its generic labels, has been studied around the world with absolutely no findings showing it to be toxic if used correctly. California Ag Today recently interviewed Liza Dunn, an emergency medical doctor, and also a medical toxicologist on the faculty of Washington University in St. Louis, about the herbicide. She's been working with Monsanto for about a year.

Monsanto has done lots and lots of studies, and not only Monsanto, but there are six full data packages that review using very, very, very intensive laboratory and epidemiologic techniques to look and see if something is actually causing a problem,” Dunn said.

But according to media reports, glyphosate does cause big problems.

“We have never found any problem with any health claim with glyphosate, and this is both independent researchers and researchers who are based with industry, so when you look at the evidence objectively, there is no health claim that has ever been demonstrated with glyphosate. If you use it as directed, it is incredibly, virtually non-toxic,” Dunn explained.

According to Dunn, that's been proven by more than 100 toxicology studies.

“There are different levels that you have to study when you're bringing your product to market, so different things that you have to look at. We have produced multiple, multiple studies, way in excess of what regulatory agencies have required, in order to demonstrate the safety and virtual non-toxicity of our product,” Dunn said.