Huanglongbing is causing concern in California 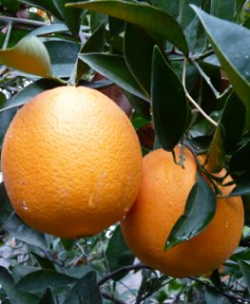 Huanglongbing is causing concern in California

74
SHARES
ShareTweetSend to a friend

Southern California has seen a concerning increase in the amount of trees that are infected with Huanglongbing, or citrus greening disease. California Ag Today discussed the news with Beth Grafton-Cardwell, an IPM Specialist and Research Entomologist for the UC Riverside Entomology Department stationed in the San Joaquin Valley.  She agreed that there is an increased concern surrounding HLB.

"It kind of exploded this fall, and it's kind of continuing. And, that's not unexpected. The Department of Food and Ag removes only the trees that are polymerase chain reaction - positive. And sometimes, it takes one to two years for a tree for you to be able to detect the bacteria using that method," Grafton-Cardwell said.

There is no cure currently available for HLB, so once a tree is infected, it will eventually die.  Researchers continue working to find a possible cure for HLB, or at the very least, a more effective means of diagnosing infected trees. "Most of the techniques that are going to help us cure or prevent the disease from being transmitted are five to ten years away. Yet, I think we're going to see a rapid expansion of the disease in Southern California in this coming year," Grafton-Cardwell said.

Early detection is one of the most important things.  Grafton-Cardwell noted that many farmers are “helping to get the research accomplished and, for example, helping to get early detection techniques tested, and things like that so that we can try and stay on top of the disease.”

In California, production trees are not required to be screened, but many nurseries are now shifting towards putting all of their trees under screening in an effort to be more proactive in guarding against the spread of HLB.

Biological controls like Tamarixia are used as a means to reduce the number Asian citrus psyllids, which cause HLB, but that type of control method is not designed to completely eradicate insects.

"They're starting to release the Tamarixia Wasps in Bakersfield. So we're getting them up into the San Joaquin Valley so they can help out in those urban areas,” Grafton-Cardwell said.

Dogs are also used as a means to detect infected trees, but there is still a need for more effective techniques.  “A large team of dogs can do maybe 1,000 acres a day, and we've got 300,000 acres of commercial citrus. So I think we need a multitude of techniques,” Grafton-Cardwell said.