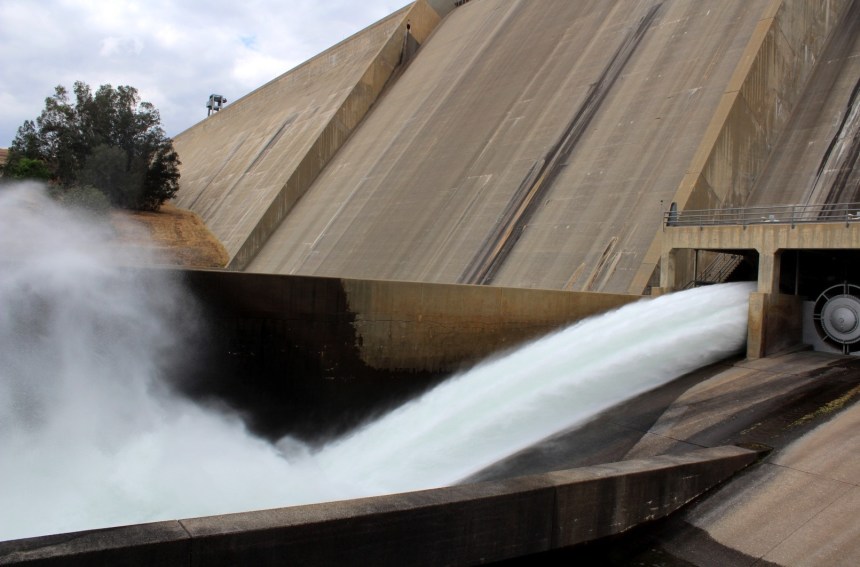 116
SHARES
ShareTweetSend to a friend

“The California High-Speed Rail project is a boondoggle that California and American taxpayers must move on from. Since its inception, the project’s costs have ballooned while oversight and accountability within the California High-Speed Rail Authority has been nonexistent. Last month, Governor Newsom in his State of the State rightfully recognized these shortcomings and announced an end to the project as it was put to the voters."

“The RAILWAY Act would end the Federal government’s involvement in this failed endeavor by repurposing up to $3.5 billion in recovered Federal funding for the California High-Speed Speed Rail project to water storage infrastructure projects as outlined in the bipartisan WIIN Act. Under the WIIN Act, five storage projects in California are advancing, and when completed, could provide 5 million acre-feet of additional water storage in our state. This is a far better use of taxpayer money that can address more important needs in our state.

“California has experienced over five years of drought, and people across the state have felt the consequences, with entire communities on the brink of disaster due to lack of water. The RAILWAY Act would address this crisis head-on by providing significant funding for what California really needs: infrastructure projects that help our state capture and store water during wet years for use in dry ones. The RAILWAY Act builds on the success of the WIIN Act by continuing to increase California’s drought resiliency and helping ensure our communities, families, and farmers have access to life-sustaining water.”

Every Republican Member of the California Congressional Delegation joined McCarthy as cosponsors of the RAILWAY Act. Below are their quotes:

“The RAILWAY Act repurposes funding from the most wasteful project in California’s history and invests it into some of our most critical water storage projects. That’s a win for taxpayers and a win for California’s future. We know California experiences periods of droughts followed by periods of significant rainfall. The RAILWAY Act provides a common sense solution to this problem by building storage projects to capture more water in wet years in order to sustain California families and our economy through the dry years. Building water storage is long overdue. It’s time to stop watching water be diverted into the ocean and start acting to capture and store that water.” –Congressman Ken Calvert (CA-42)

“Years of drought in California brought entire cities within months of exhausting their water supplies. In extremely wet years, we have watched our dams spilling millions of acre feet of water to the ocean because of lack of storage. The infrastructure funding provided in the RAILWAY Act will begin to turn this tide in support of water abundance.” –Congressman Tom McClintock (CA-04)

“California’s high-speed rail project has been a very expensive disaster, with costs ballooning so much that voters are no longer getting anywhere close to what they were sold. I agree that all federal funding given to California for this project should be promptly returned and invested in commonsense projects people need, be it water storage or transportation. I have a bill, the High-Speed Refund Act, with a similar goal of reinvesting these funds into useful transportation infrastructure, such as widening Highway 70, three lanes for I-5, improving Highway 99 or 395, or many other real world projects that are actually useful to people in Northern California. Almost any type of infrastructure will be more beneficial and, one way or another, taxpayers deserve a stop to additional waste for this misguided pipedream of high-speed rail.”—Congressman Doug LaMalfa (CA-01)

“The last major reservoir in California was built forty years ago. Since then, our population has grown significantly, and we’re ill-prepared to endure droughts. It’s time we take action to increase our water supply and modernize our water infrastructure. This bill makes good use of funds that were already going to be spent in California. I hope that Congress will pass this legislation quickly.” –Congressman Paul Cook (CA-08)

“Efficient water storage and management is California’s greatest need. The high-speed rail project is California’s greatest waste of time. The RAILWAY Act corrects this problem by implementing a common-sense plan to address a significant concern in our state by investing significant and critical resources to ensure we have water availability for the future. I am proud to be part of this effort and will continue working with my colleagues to lead on this important ongoing issue.”  –Congressman Duncan Hunter (CA-50)

The RAILWAY Act would also repurpose a portion of HSR project funds to the U.S. Department of Agriculture to award grants to projects designed to help small, rural communities by: