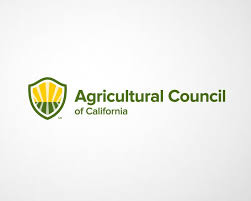 "Assemblyman Perea personifies what is good in a political leader," said Emily Rooney, President of Ag Council. "He has found ways to collaborate on issues that have allowed him to help his constituents, but have also been good policy for the entire state. And, even on issues where we may not agree, he always maintains an open door policy to Ag Council and its members."

Since coming into office in 2010, Perea has tackled some of California's toughest issues head-on, including water policy. His district represents the heart of agriculture in California, and as a moderate Democrat he's been sensitive to not only how important the industry is to the economy, but also in providing employment to many of his constituents.

"Assemblyman Perea was a leading advocate for securing the $2.7 billion in funding for water storage in the 2014 water bond package. At the same time, he spoke out against the overly burdensome Sustainable Groundwater Management Act last year, demonstrating the he truly understands that a healthy ag economy is good for the entire state of California," said Brendon Flynn, Chairman of Ag Council who presented the award to Perea.

Perea's leadership has made impacts in several areas of agricultural policy. He is currently serving as the Assembly Ag Committee Chair, and has embraced that role by seeking to learn more about California's number one industry. Assemblyman Perea has authored a bill to help fix some of the implementation issues with last year's groundwater legislation. In 2013, he brought together a diverse coalition to pass Assembly Bill 8, which provides funds to help lower costs for farmers who choose cleaner burning vehicles.

"This award was created to recognize legislators who might go outside of traditional roles, whether they be Republican or Democrat, and do what is actually best for the state, its residents, and the future of agriculture," added Rooney.

Assemblyman Perea received the Influential Legislator Award during the Ag Council Annual Legislative Day in Sacramento. This award will be given on an annual basis to legislators who embody that same collaborative approach to finding positive outcomes for agriculture and all of California.