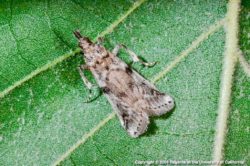 American Pistachio Growers (APG) has been integrally involved in obtaining federally funding for the Center for Health Science & Technology Laboratory in Phoenix, AZ. The facility was originally commissioned by the cotton industry to raise sterile pink bollworm for area-wide releases in an effort to suppress the pest.

The program was even more successful than planned and the cotton industry was recently able to declare pink bollworm eradicated. Now that the facility has excess capacity, pistachio, almond, and walnut industry leaders have made a push to start breeding sterile navel orangeworm (NOW) for aerial release in California. Unfortunately, at the end of this Federal Fiscal Year, federal funding for the facility ends, and unless a new funding appropriation can be made by Congress, the facility will close.

Many pistachio growers have asked how they can help in APG’s efforts to obtain federal funding. With current efforts being focused on the U.S. Senate, growers are encouraged to write a letter to Senator Dianne Feinstein (CA) for her support. Sen. Feinstein sits on the Senate Appropriations Subcommittee on Agriculture, Rural Development, Food and Drug Administration, & Related Agencies, which is where APG is advocating for funding.
Here is a sample letter that can be used, or you can draft your own letter that incorporates the following talking points:

Letters can be faxed to 202-228-3954, emailed to joe_petrzelka@feinstein.senate.gov or mailed to:
Sen. Dianne Feinstein
303 Senate Hart Office Building
Washington, D.C. 20510