Groundwater bills on the way to Governor 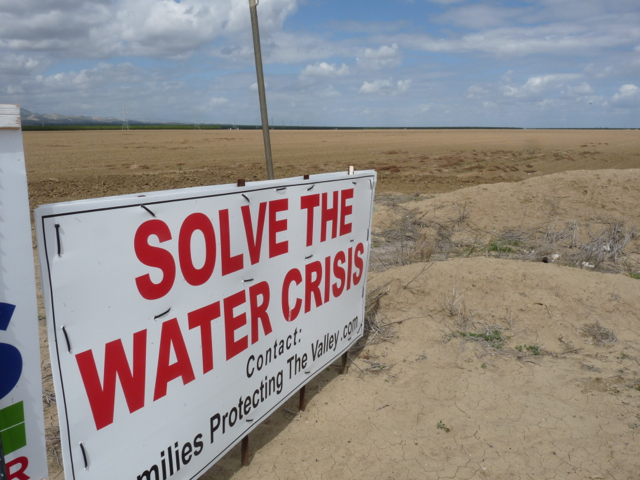 Groundwater bills on the way to Governor

Passage of three groundwater-regulation bills by the California Legislature-Assembly Bill 1739 and Senate Bills 1168 and 1319-threatens a number of negative consequences for family farmers, ranchers and other landowners, according to the California Farm Bureau Federation.

CFBF President Paul Wenger said Farm Bureau has always encouraged the proper management of groundwater, "but doing that job efficiently and effectively should have been a priority."

"Instead," Wenger said, "the Legislature took the 'ready, fire, aim' approach, rushing these bills through and creating a massive new regulatory program in the final days of the legislative session."

Farmers, ranchers and other landowners in California will be left to pick up the pieces, Wenger said, dealing with the consequences of the legislation for years to come.

"The bills would allow for groundwater to be monopolized to the detriment of urban water users and farmers-including people who have not created an overdraft problem but who could need access to groundwater in the future," he said. "The same agencies that have been hamstrung by conflicting missions and statutory mandates-including environmental restrictions of questionable value-will now control all water decisions."

In addition, the bills reach beyond efforts to balance inflows and outflows of groundwater basins, creating requirements that will lead to confusion and litigation, Wenger said.

"Farm Bureau and other opponents have been able to take some of the edge off of this legislation. It now includes protections for water rights and other provisions that could lessen its detrimental impact. For that, we must thank those in the Capitol who helped rein in some of the proposals' worst overreaches and the legislators, both Democrats and Republicans, who voted against the bills," he said.

"But making this significant of a change in water law-arguably the most significant in more than 100 years-and doing so without the necessary deliberation, or even a policy hearing, shows how susceptible to flaws this legislation could prove to be," he said, adding that Farm Bureau will ask Gov. Brown to veto it.

"True resolution to California groundwater problems will come through measures that this legislation does not address, such as a streamlined adjudication process and the recognition of groundwater recharge as a beneficial use of water," Wenger concluded. "Most importantly, California must improve its surface water supplies. All the fees and fines in the world won't heal our aquifers unless California builds additional storage and improves management of surface water in order to reduce demand on groundwater."