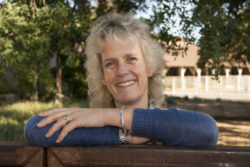 173
SHARES
ShareTweetSend to a friend

“If the African people choose to use this to develop better bananas, they should have the right to use that and not be dictated to by activist groups in the First World promoting fear around this technology," she said.

GMO technology could greatly benefit those in the developing world, especially those who struggle with starvation on a daily basis.

“Most people have never seen starvation. People take food for granted, and when you see people that have problems in their agricultural production systems that are actually affecting the food security, you have to address those problems, whether they be drought or disease problems,” Van Eenennaam explained.

“And I’m all for using whatever technology that works best to address a problem. Maybe it’s conventional breeding or maybe its GMO, or gene editing. I don’t really care. I just want to use the best tool that is available. But it doesn’t make sense to take some tools off the table for no reason, and I think that’s what’s happening around the debate of genetic engineering,” she said.

And the use of GMO crops in a third world country has dramatically decreased the use of pesticides, which should be celebrated by activists.

“About 90 percent of the farmers growing GMO crops are on small acreage producers in the developing world, that are growing insect-protected Bt cotton. And the dramatic decrease of insecticide use resulting from that—well environmentalist should be singing this from the rooftops,” Van Eenennaam said.

“It’s incomprehensible to me that if your real intent is to decrease pesticide use in agriculture, to not appreciate what those Bt crops have done for global insecticide use is to be willfully ignorant of what the data shows,” Van Eenennaam said. “It’s just a win-win for everyone.”