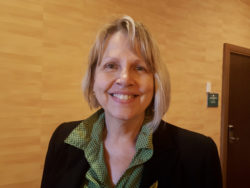 Lori Berger is the academic coordinator for the University of California's statewide Integrated Pest Management program. She spoke with California Ag Today recently about the sustainability of IPM and where it's heading in the future.

“IPM is part of a sustainable approach to pest management. It's very holistic. It's a decision-making process. It incorporates all factors in an environment and in a situation, and it uses all human resources.”

Berger believes that even though IPMs are sustainable, the system might not work as well as it should.

“IPM has been around for 50 years, but our system is somewhat stuck in that we tend to be more reactive than proactive,” she explained. “If there's an event such as an invasive pest or some … pesticide incident, some huge regulatory change or some legislative pressure, it's like all of a sudden the system needs to reboot itself. We need to look deeper into the system and be working in a more embedded way across platforms and people.”

Berger told us that instead of looking at things in a linear way, it's important to look at all the parts and how they relate to each other to find flaws in the system.

“As scientists, we tend to look at things cause and effect. We were looking into optimizing the whole by looking at the parts, but now taking things that are more of a systemic level, we're trying to looking at the parts and also how they work in relationship to each other. That's to where we can realize some of our biggest gains that there's not as much at stake, or there's less risk for all parties, and people are more aware of what's going on.”