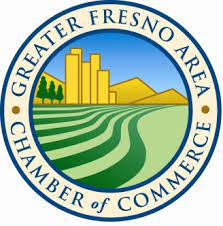 Fresno Chamber is Proud to Announce the 2021 Ag Award Winners

The 2021 Ag Awards Honorees include:

“This year’s Ag Awards Celebration is especially significant, as it marks the first time that we will present the Agricultural Employee of the Year Award and AGvocate of the Year Award. The event’s new location and dinner format will also provide a fitting backdrop for celebrating the people that are essential to Fresno County’s agriculture industry,” stated Scott Miller, President and CEO and the Fresno Chamber of Commerce. “We are truly honored to recognize the extraordinary people and businesses that make Fresno’s ag industry world-class.”

The Moss Adams Agribusiness of the Year Award is presented to Baloian Farms, a business that has made innovative contributions to the agricultural industry and has demonstrated true leadership in Fresno’s the agricultural community. With a proven track record of finding innovative ways to implement sustainable practices including water conservation, recycling, and solar power, Baloian Farms has become known for developing a program that has enabled the year-round production of peppers and is expected to increase the production of several other crops.

“Providing a platform to recognize leaders in this industry is critically important not only to the mission of the Chamber and the Farm Bureau, but to the growth and prosperity of our region’s agriculture industry,” said Janell Attebery, CPA, Partner, Food, Beverage and Agribusiness, Moss Adams. “It’s why we are proud to continue the tradition of partnering with the Chamber as a way to honor the Moss Adams Agribusiness of the Year Award recipient along with other Chamber award recipients. Moss Adams is delighted to announce Baloian Farms as the recipient of the 2021 Agribusiness of the Year Award; we look forward to celebrating their growth, success and contributions to the agriculture industry and community at the Ag Awards Celebration.”

Bill Smittcamp, President & CEO of Wawona Frozen Foods, and the recipient of the 2021 Agriculturalist of the Year Award, has a demonstrated history of dedication to agriculture and contributed significantly to the agriculture industry in the greater Fresno area. Under Smittcamp’s leadership, his family-owned farm grew to be the largest frozen peach processor in the Nation, processing over 75 million pounds of peaches along with 20 million pounds of strawberries and other fruits. Collectively, the company handles more than 125 million pounds of frozen product annually.

“I am honored and truly humbled to be even considered for this award. So many names come to mind of those who have been awarded before me: Phil Larson, Manuel Cunha, Mark Borba,” Smittcamp said in a statement. “Agriculture in California, peaches specifically, has been in my blood all my life. I am just happy to be a part of the agriculture industry here in the valley.”

For the first time in the Fresno Chamber’s Ag Awards history, the Agricultural Employee of the Year Award recognizes an individual who has played an instrumental role in the success of their organization. Emilio Leon Coronel, Superintendent at the Indart Group and Indart Enterprises, began his career as a humble sheep herder and, through diligence and dedication, rose through the ranks to become a leader within their businesses and essential to its success. A South American immigrant, Cornel embodies the American dream.

This year also marks the first AGvocate of the Year Award; an honor that recognizes an individual who plays an integral role in the agricultural community through advocacy, leadership and service. Jose Carlos Ramirez, a 2012 Olympian and former WBC and WBO Unified Super Lightweight Champion of the World, has used his status as a world-class athlete to bring attention to important local agricultural issues, naming seven of his fights, “Fight for Water,” bringing regional, state and national attention to the need for more water and water storage.

“Each of the awards presented represent an integral facet of Fresno’s agricultural community,” Fresno County Farm Bureau CEO Ryan Jacobsen said. “With the addition of the AGvocate and Agricultural Employee of the Year Awards, the Ag Awards Celebration now recognizes an additional set of people who are key to the success of the local industry and Fresno itself. Because of these amazing leaders, Fresno County is the agricultural capital of the nation.”

Agriculturalist of the Year Past Recipients

Moss Adams Agribusiness of the Year Past Recipients