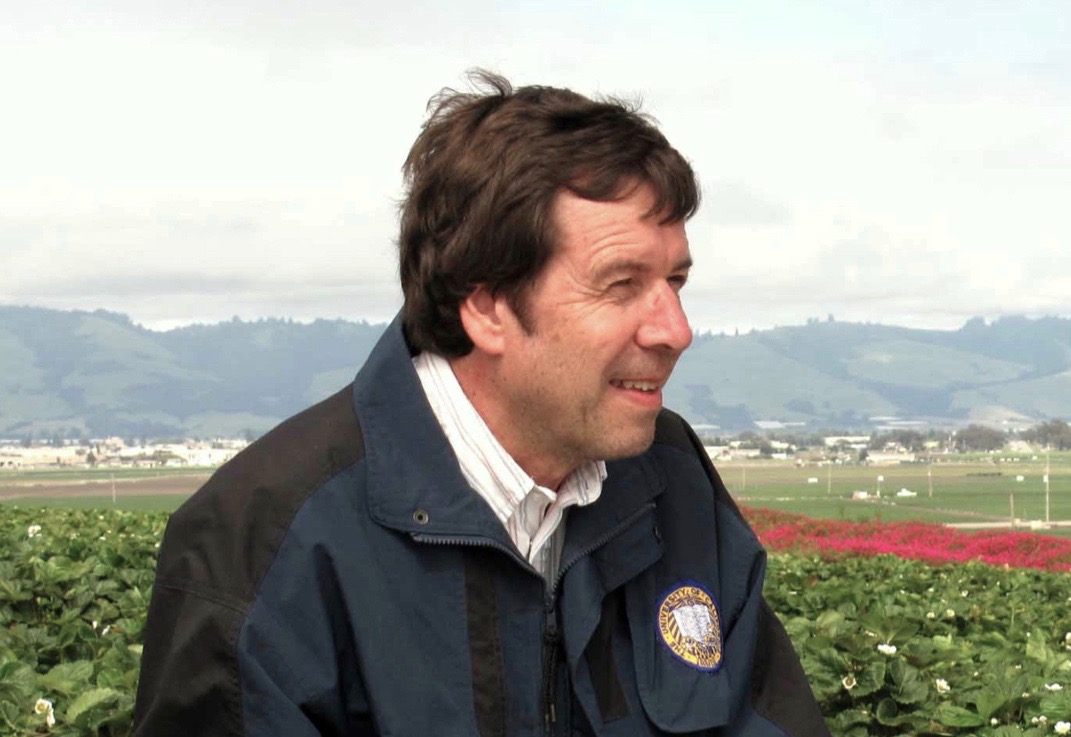 Integrated pest management specialist Frank Zalom, distinguished professor of entomology, UC Davis Department of Entomology and Nematology, and a past president of the Entomological Society of America (ESA) is the newly selected editor-in-chief of the Journal of Economic Entomology, the largest and most cited of ESA’s family of scientific journals.

The ESA Governing Board today announced that Zalom will succeed John Trumble, distinguished professor of entomology at UC Riverside. Trumble, editor-in-chief for 20 years, informed ESA in late 2017 of his intent to leave the role in 2018. In January, the journal’s editorial board launched a widespread search for his successor.

A 43-member of ESA and the 2014 president, Zalom will serve a five-year term as editor-in-chief. The journal publishes research on the economic significance of insects. It includes sections on apiculture and social insects, insecticides, biological control, household and structural insects, crop protection, forest entomology, and other topics.

“Dr. Frank Zalom’s career can be viewed as a model of applied entomology derived from an understanding of basic biology, and he is an ideal choice to be the new editor-in-chief of the Journal of Economic Entomology (JEE),” said ESA President Michael Parrella in an ESA news release.

“His unparalleled and broad expertise will serve to continue the journal’s growth as the publication of choice for applied entomological research and to build upon the legacy of Dr. John Trumble,” said Parrella, who is also dean of the College of Agricultural and Life Sciences at Idaho State University and former professor and chair of the UC Davis Department of Entomology and Nematology.

Zalom’s 40-year career intersects entomological research, teaching, and application. He served 16 years as director of the University of California Statewide Integrated Pest Management Program (UC IPM) and is the only entomologist in the UC system to receive a simultaneous appointment in teaching, research, and extension. He focuses his research on IPM of agricultural crops.

Editorial board chair Xuguo Zhou, associate professor of entomology at the University of Kentucky, said he and his colleagues are delighted to welcome Zalom as the next editor-in-chief. “We could not have asked for a better candidate in terms of vision, dedication, reputation, experience, and integrity,” Zhou said. “And we also express our deep gratitude to Dr. John Trumble, whose tireless work ethic and unerring leadership have driven JEE to such great success for so long.”

“I couldn’t be more pleased to be selected the next editor-in-chief of the Journal of Economic Entomology,” Zalom said. “I have spent the last 40 years of my career trying to solve economically important problems caused by arthropods using an IPM approach, and this journal, as well as ESA’s other journals, have always served as a primary foundation and outlet for research conducted in my lab. As I approach the end of my career, I hope to be able to dedicate my efforts to enhancing our Society’s influence on science and its application to addressing some of the most important entomological challenges that affect communities worldwide. JEE is uniquely positioned to do exactly that.”

Zalom joined the UC system in 1980, serving in roles ranging from extension IPM coordinator to professor to vice chair of the department to advisor of the UC Davis International Agricultural Development Graduate Group. He has authored more than 335 journal articles and book chapters. including “Food, Crop Pests, and the Environment” published by APS Press.

Zalom is a fellow of the California Academy of Sciences, the American Association for the Advancement of Science, the Royal Entomological Society, and ESA.  Among his numerous honors: a Fulbright Senior Research Scholarship (1992-93), the ESA Achievement Award in Extension (1992), the ESA Recognition Award (2002), the James H. Meyer Award from UC Davis for teaching, research and service (2004), the Entomological Foundation IPM Team Award (2008), the Entomological Foundation Excellence in IPM Award (2010), Outstanding Mentor Award from the UC Davis Consortium for Women and Research (2013) and the C. W. Woodworth Award (2011), the highest award given by the Pacific Branch of ESA (PBESA).

More recently, Zalom received a lifetime achievement award, presented at the 9th International IPM Symposium, held March 19-22 in Baltimore. Last month he played a key role in a U.S. Congressional briefing held in the Rayburn House Office Building to raise awareness for and increase understanding of areawide integrated pest management (AIPM) and the benefits of a comprehensive pest management policy, particularly as it relates to invasive species.

Zalom, who received his doctorate in entomology from UC Davis in 1978, holds two degrees in zoology and ecology from Arizona State University (bachelor of science, 1973, and master’s degree, 1974).

Founded in 1889 and headquartered in Annapolis, Md., ESA is the world’s largest organization serving the professional and scientific needs of entomologists and people in related disciplines.